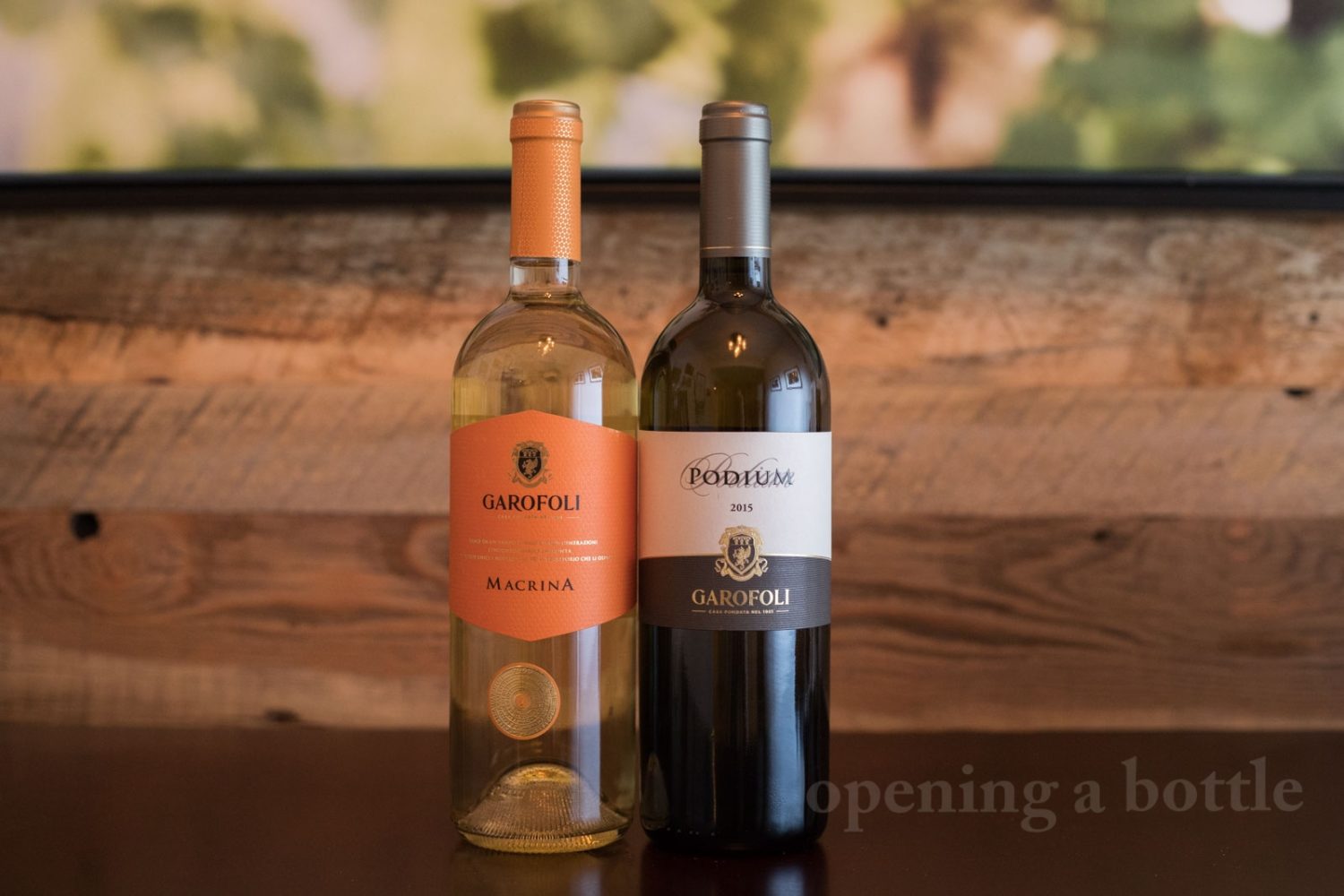 300 Words (Or So) on Two Intriguing Wines from Marche, Italy

Yesterday I attended a trade tasting for the Italian wine importer Dalla Terra Winery Direct. I’ve been familiar with their collection of winemakers for some time, and despite covering the likes of Vietti, Alois Lageder, Russiz Superiore/Marco Felluga and Tascante for years, I keep finding stories worth telling.

Such as the remarkable clarity and unique character of Garofoli’s lineup of wines.

Now I haven’t spent much time talking about the wines of Italy’s Marche region on Opening a Bottle, and that has been an oversight that I need to rectify (consider this the first of many posts). Garofoli is a good place to start as they make a large range of mainly Verdicchio- and Montepulciano-based wines — the two signature grapes of the region.

Daria Perego was on hand yesterday to pour a few samples for me from their range. Earlier in the week, we enjoyed two of Garofoli’s Verdicchio dei Castelli di Jesi wines and — sure enough — she was pouring them for me again. (It’s not often I get a second look at a wine in the same week.)

The first wine was the light-on-its-toes “Macrina” followed by the fuller, more vivacious and savory “Podium.” For good measure, Daria also poured a library wine of the Podium from 2009 to show how Verdicchio ages with time.

It was fascinating: all three were vastly different, yet their vinification process is relatively the same. The idiosyncrasies come from their respective vineyards. Macrina is a blend from multiple parcels in both the Montecarotto and Serra de’ Conti communes. Podium is sourced from only a selection of vine rows in the Montecarotto commune, which have a smaller yield. Macrima asks “can we go to the pool?” Podium says “I’ll set the table and light some candles.”

I’m sure there will be more to come on Garofoli in the future, but for this weekend, uncork one of these two excellent wines and enjoy the warmer weather. 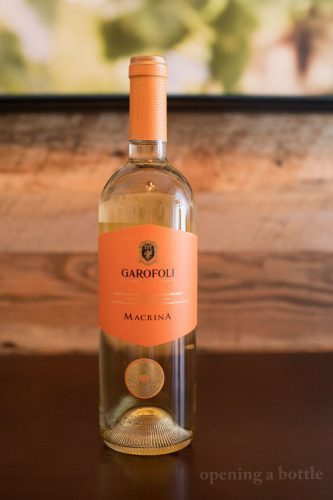 Tasting notes: A clean, fresh and rather direct white wine with a pale-straw color and a bit of that Verdicchio green along the edges. Loads of citrus-like aromas on the nose, giving the overall impression of sweetness with an edge. Tangerines, apricot, hay, almond and mineral tingle round it out. On the palate, the sensation shifts from sweetness to the prominence of acidity. A well-rounded wine with a sensuous texture.

Serving suggestion: Ideal for barbecued shrimp and clambakes. Or serve it with a seafood pasta finished with lemon and parsley. Lightly chill. 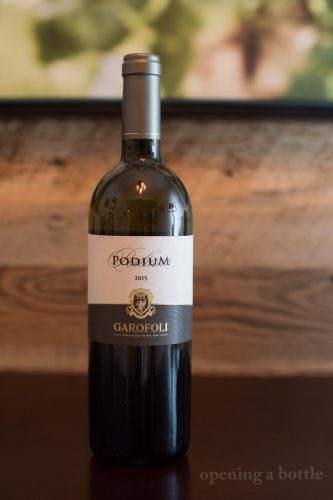 Tasting notes: Pale-straw color with a little more green than the Macrina. Aromas strike an unusual combination of citric sweetness, briny zeal and savory spice. There’s a note that reminds me of sesame seed — to go along with tangerines and peaches and almonds — that makes this wine feel wild. But it doesn’t emerge when the wine is chilled. Seems to be more leesy and rounded than the Macrina as well.

Serving suggestion: As noted above, this is a gastronomy wine that shines best at the table rather than on its own. Pair with salmon, Thai cuisine or grilled octopus.

Note: These wines were provided as samples by Dalla Terra Winery Direct. Learn more about our editorial policy.