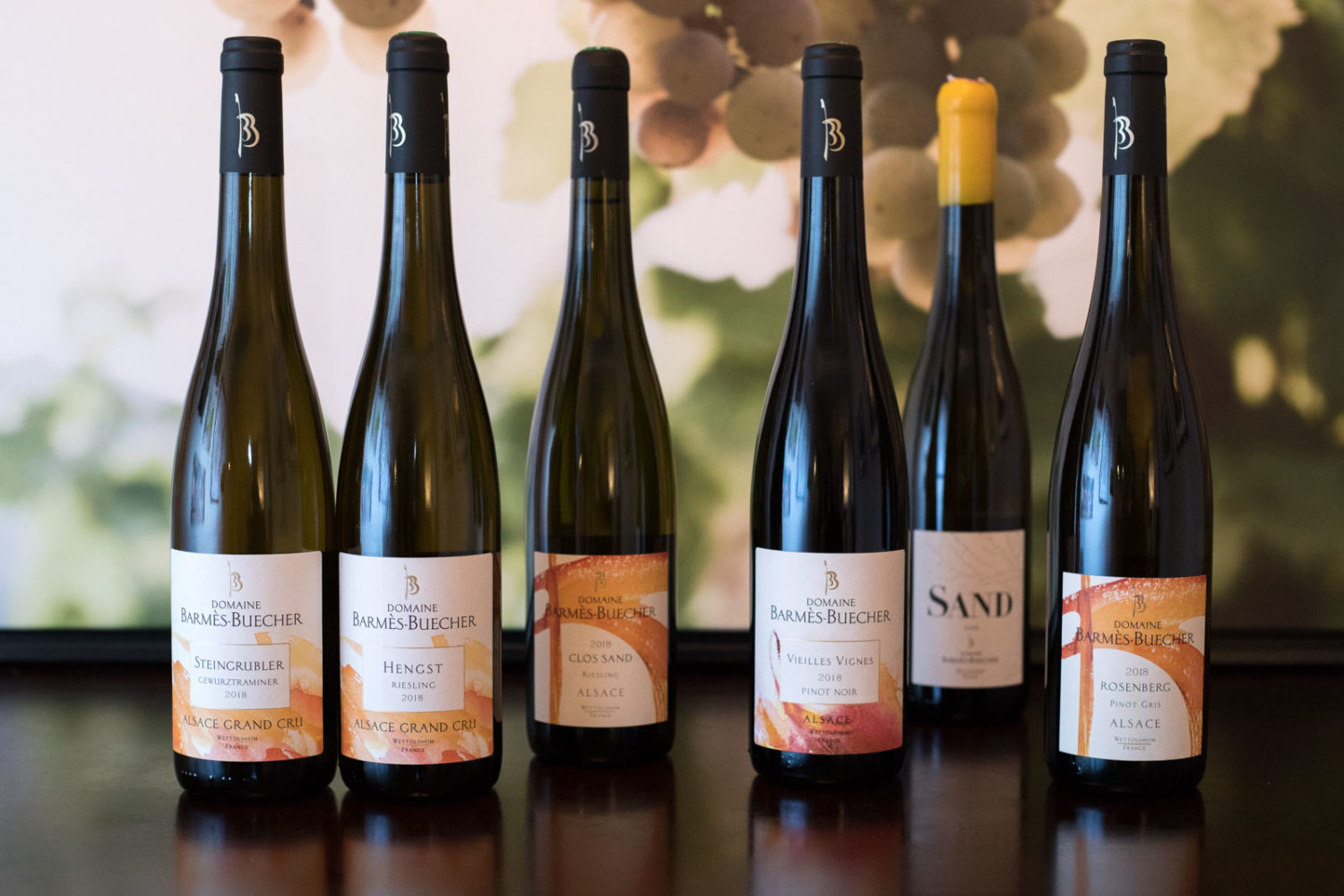 Lost in the cacophony of vintage charts is this simple fact: challenging vintages bring out the best in great winemakers. Put another way, a region’s most talented winemakers will still find a way to make excellent wine despite nature’s capriciousness.

So don’t get too hung up on a simple numerical score for region-wide weather.

The 2018 vintage in Alsace was one such vintage: not necessary “poor,” but troublingly brief, due to a delayed bud break and the hottest summer since 1900, which then prompted the earliest harvest ever recorded at many wineries, including Barmès-Buecher.

“The vines broke bud around the 10th of April,” noted winemaker Maxime Barmès, through a translation submitted to us via email. “The growth was then fast and very ethereal, thanks to the summer weather and the soil still having water. Everything went very fast, all varieties included, and flowering started around the 27th of May.”

I happened to visit Alsace in June of 2018, and can testify to the Garden of Eden-like appearance of the vineyards. Wildflowers, herbs, grasses and pretty much anything with chlorophyll grew with abandon. While this made for a beautiful scene for tourists and photographers like me, it required a higher level of dedication from winegrowers to control yields.

But first, they had to manage mildew and other nuisances, as spring storms dumped 7 inches of rain from early May to early June. With Félix Meyer of Meyer-Fonné, I walked across a belched-out gravel bed beneath the Grand Cru Wineck-Schlossberg on the morning of June 13. The previous night’s rains, the final ones of the season, had been so severe that the pebbly topsoil had simply flushed off a young-vine nursery at the bottom of the hill.

However, Maxime had sensed that the pattern was coming to an end, and that they’d soon be praying for rain. “Nature did not make me lie,” he added.

Throughout Alsace, July and August were blisteringly hot, making the reserves of water from winter a lifesaver, particularly in soils with good water-retention, such as clay and marl-sandstone, which Maxime believes faired best. Harvest began on August 23.

While tasting through Barmès-Buecher’s 2018 vintage — detailed below — I was pleasantly unaware of any of these stressors. Their wines have an easy charm, with inviting aromas that open door after door. You will want to linger with these wines, especially the whites.

All marks are from full-bottle reviews. Stars are awarded out of a maximum of five. Learn more.

We start with a wine of undeniable joy and conviviality. Yet, who would deduce that from such a sternly named wine? Barmès-Buecher took the unusual stance of naming this Pinot Blanc (★★★★ 3/4) not by grape variety (as is customary in Alsace), but by the soil underneath their monopole vineyard, the Clos Sand, where these young vines offer up a dazzlingly pure wine predicated on simple pleasures.

“We decided not to put the name of the grape variety on the label,” elaborated Sophie Barmès-Blanquart, Maxime’s sister, and the manager of importing and sales for the estate. “We did not want to influence the taster because Pinot Blanc in Alsace sometimes has a little bit of a bad influence … But for us, Pinot Blanc can be a very interesting wine.”

Interesting indeed. Offering up delicate tones reminiscent of pineapple, white peach, yellow flowers and herbs, the wine shows tremendous life on the palate with a pleasant prickle of acidity. It’s versatility means you could serve it in a variety of contexts and come out a winner.

Another not-quite-Grand Cru vineyard of note for Barmès-Buecher is the Rosenberg vineyard, where this extraordinary, nuanced Pinot Gris (★★★★★) comes from. Here, the soil is a mix of clay and limestone, which Sophie notes, lends more body and richness to the wines, possibly because of more nutrient retention. From Maxime’s perspective as the shepherd of these vines, Rosenberg’s ability to retain water through the heat spells of 2018 was a boon.

I am often surprised by what I encounter on the nose of this family’s wines. Here, it took me a long time to pin down the distinct note of iron that was tinging the edges of this wine’s ripe, floral and somewhat salty complexion. I’m glad I figured it out when I did, because that exciting iron note soon faded away revealing a wine so seamlessly integrated that nothing more could be teased apart — the sum was all that mattered.

Here is another wine from Barmès-Buecher’s monopole, Clos Sand. This Riesling (★★★★ 3/4) has such a falsetto voice: very clear, very precise and pure. In fact, I spent a good amount of time trying to remember a Riesling from Alsace that boasted this much lightness and delicacy. That’s not to say this wine fails to be structured. Not at all. Strongly suggestive of honeycrisp apple, lime pith, violets and almond, with a long finish.

The Grand Cru Hengst is known as yielding some of Alsace’s most powerful wines, but Barmès-Buecher’s version (★★★★★) demonstrated that intensity mostly on the nose, where a tsunami of tones suggested citrus zest, dark apple, beeswax, sandalwood, olive and soft leather. The wine’s diaphanous quality on the palate, however, showed a different kind of strength. It was silky, not in terms of its smoothness, but rather in terms of being light yet strong.

Sophie noted that the great challenge for Maxime in the Grand Cru Hengst is to “control the power,” for it can run away with richness in intense years. In hindsight, given the circumstances of 2018, this wine showed Maxime Barmès’s talent the most. One of the best wines I’ve sampled in 2021.

If there was a miss out of this collection of wines, it was the old-vine Pinot Noir (★★★★ 1/4) which comes from the Rosenberg vineyard. Shy and reserved on the nose, with a tart finish, it took a few days for the wine to open up and perform better, featuring tart raspberry-like fruit, with suggestions of baking spice and violets. Is Alsace’s climate not yet warm enough for this grape? I don’t think so. More likely, the growing season in 2018 was just far too quick, which didn’t allow for balanced ripening.

This is all speculation, and in fairness, we did not talk much about their work with Pinot Noir. I have several interviews with Alsatian winemakers on Pinot Noir’s future in a matter of weeks, and will drill into the topic more. The region is investing a lot of hope in the grape’s future given the astronomical prices of its Burgundian cousins. Lean, savory, complex French Pinot Noir should not just be a playground for the rich, and while results from Alsace have been mixed, there are some outstanding instances.

Given Barmès-Buecher’s track-record elsewhere, I’ll be keen to see what future vintages of this wine reveal.

To go sweet or not? That is the question for many Alsatian winemakers when it comes to Gewurztraminer (in Alsace, they drop the umlaut from the u). “We like to pick Gewurztraminer when it is ripe,” noted Sophie Barmès-Blanquart. Without the residual sugar, she added, the wine shows too much “varietal expression,” which can be heavy-handed with roses and potpourri tones. If vinified dry, Gewurztraminer can also pack walloping alcohol.

That said, they are experimenting with the grape. In 2020, it was picked early and given an extended maceration with no residual sugar (i.e. dry). They’re still awaiting final judgment on these results, but there is an openness to a different approach.

In the meantime, I love their Grand Cru Steingrubler Gewurztraminer (★★★★ 3/4), but it comes with a caveat: this wine has to be assessed as a wholly different animal because it is a different animal. Having visited Alsace and tasted sweet Gewurztraminer in context — with a local paté, with local pastries — it makes contextual sense. When tasted away from Alsace, it makes me long to return.

Around your home, you might need to get creative with pairings and situations to serve it, but I would encourage any curious wine drinker to give this Grand Cru Steingrubler Gewurztraminer a try.

Boasting a vivid light-gold color, the wine is certainly pleasing on the eye, but its the nose — a profusion of lychee, grapefruit zest, roses and orange-blossom honey — that makes the journey worth it. I saved this wine in my refrigerator for a week, just to lean in on that nose each night (all you need is a 1 oz pour to catch it). Held together by threads of acidity, the wine’s sweetness and power never overwhelmed my palate. In fact, the finish was rather mouth-watering, which rarely happens with this much residual sugar.

I’ll be curious to see how their experiments turn out, but they shouldn’t be shy to stick up for their existing work. (No one I know is clamoring for dry Gewurztraminer). We’ll see what comes.

Note: This tasting was arranged by editor’s request, with samples fulfilled by Wines of Alsace USA and their American press agency. Learn more about our editorial policy. 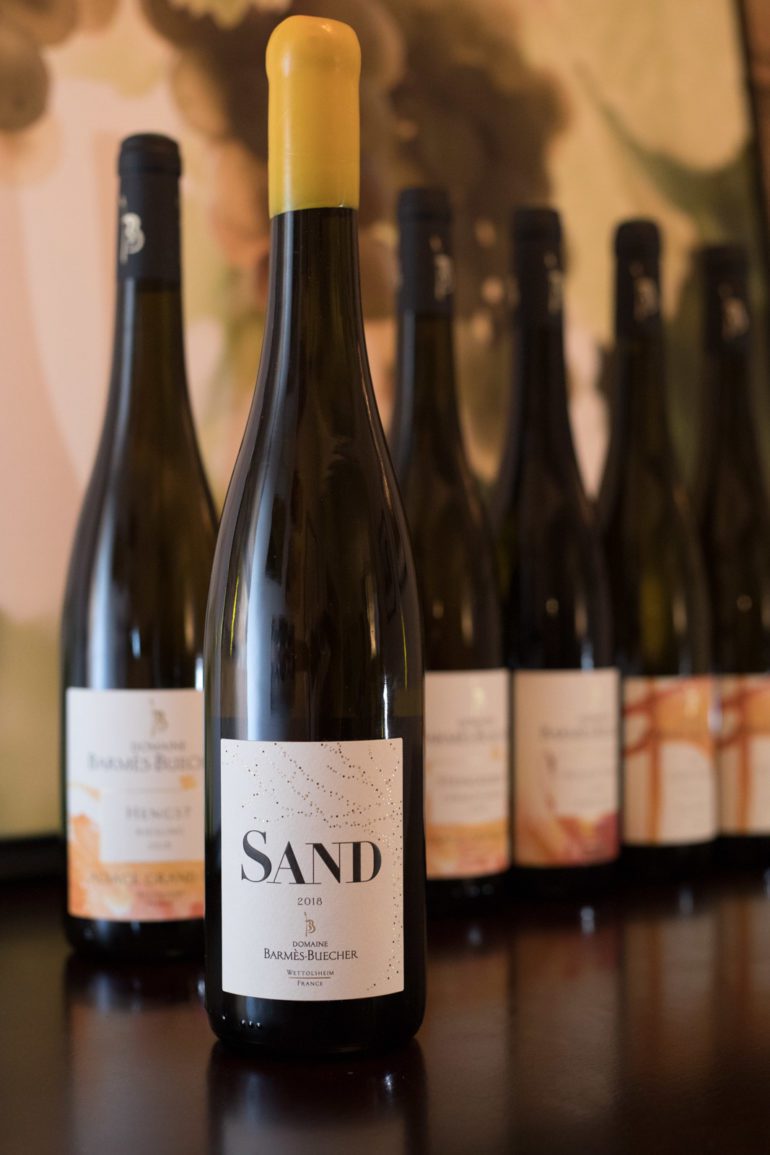 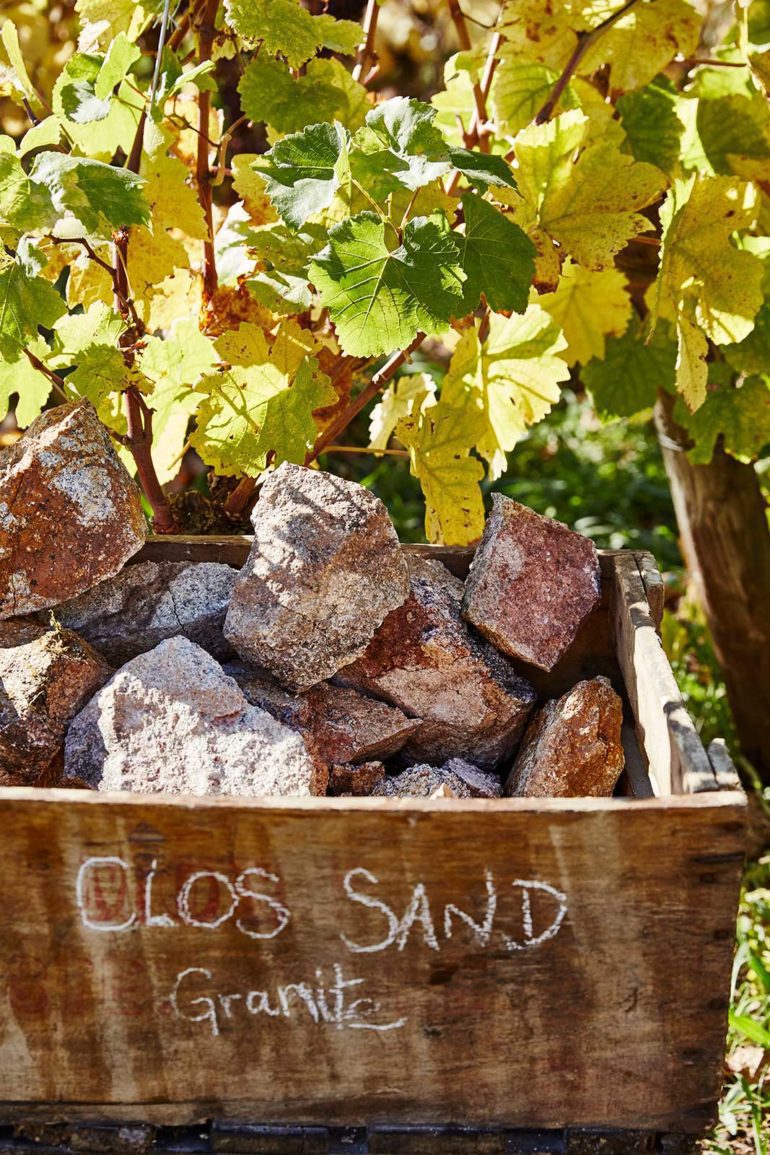 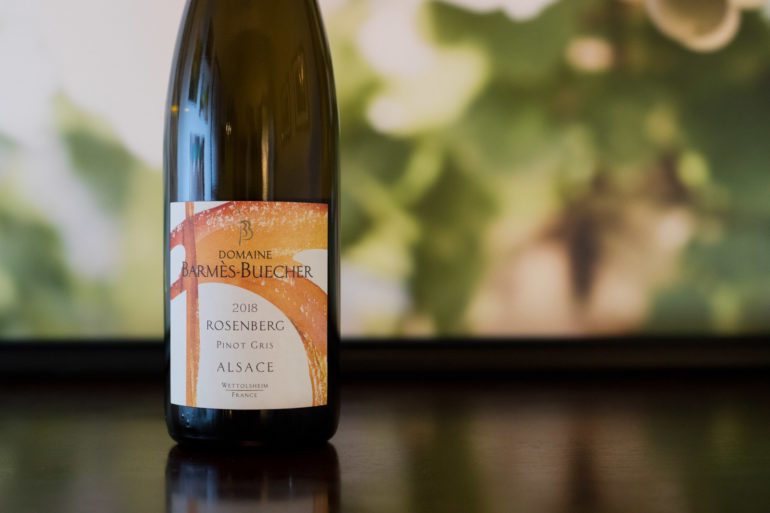 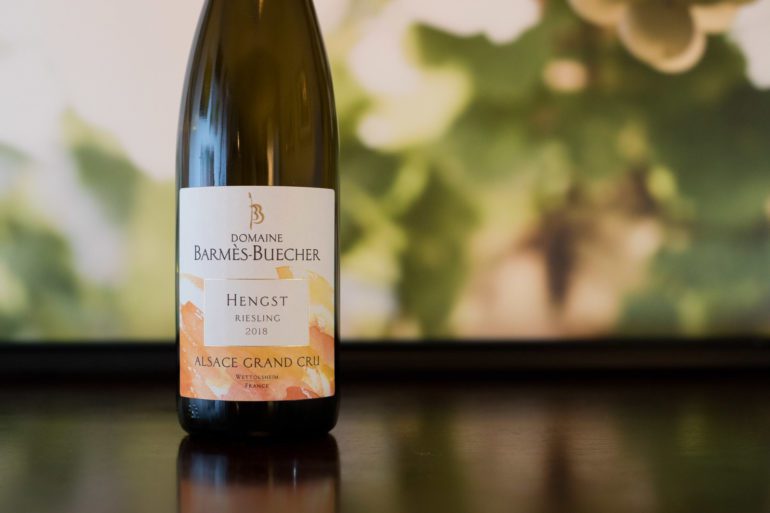 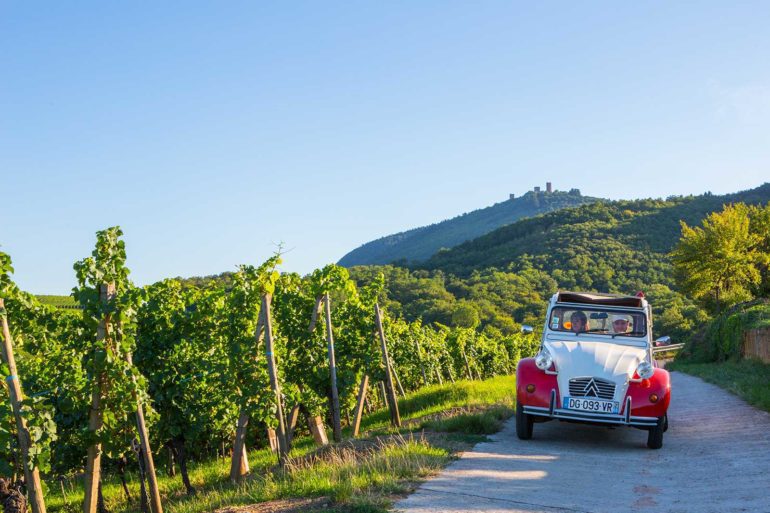 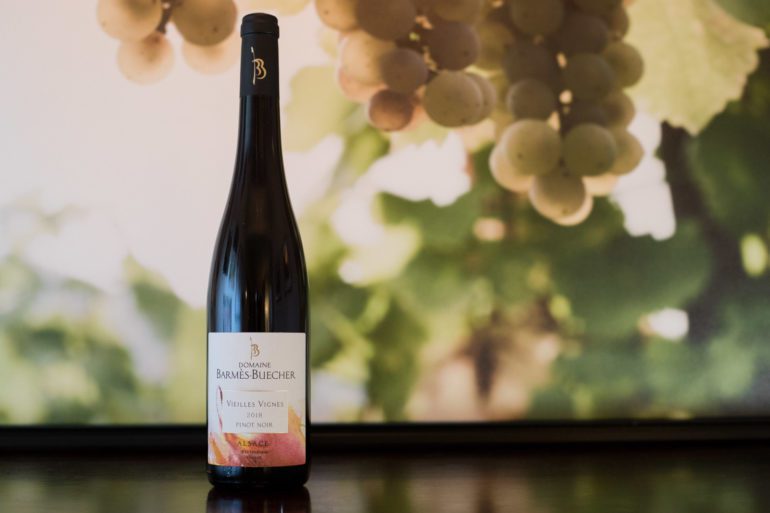 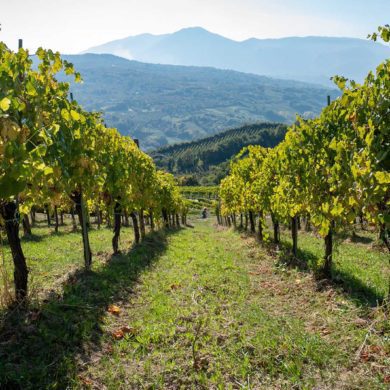 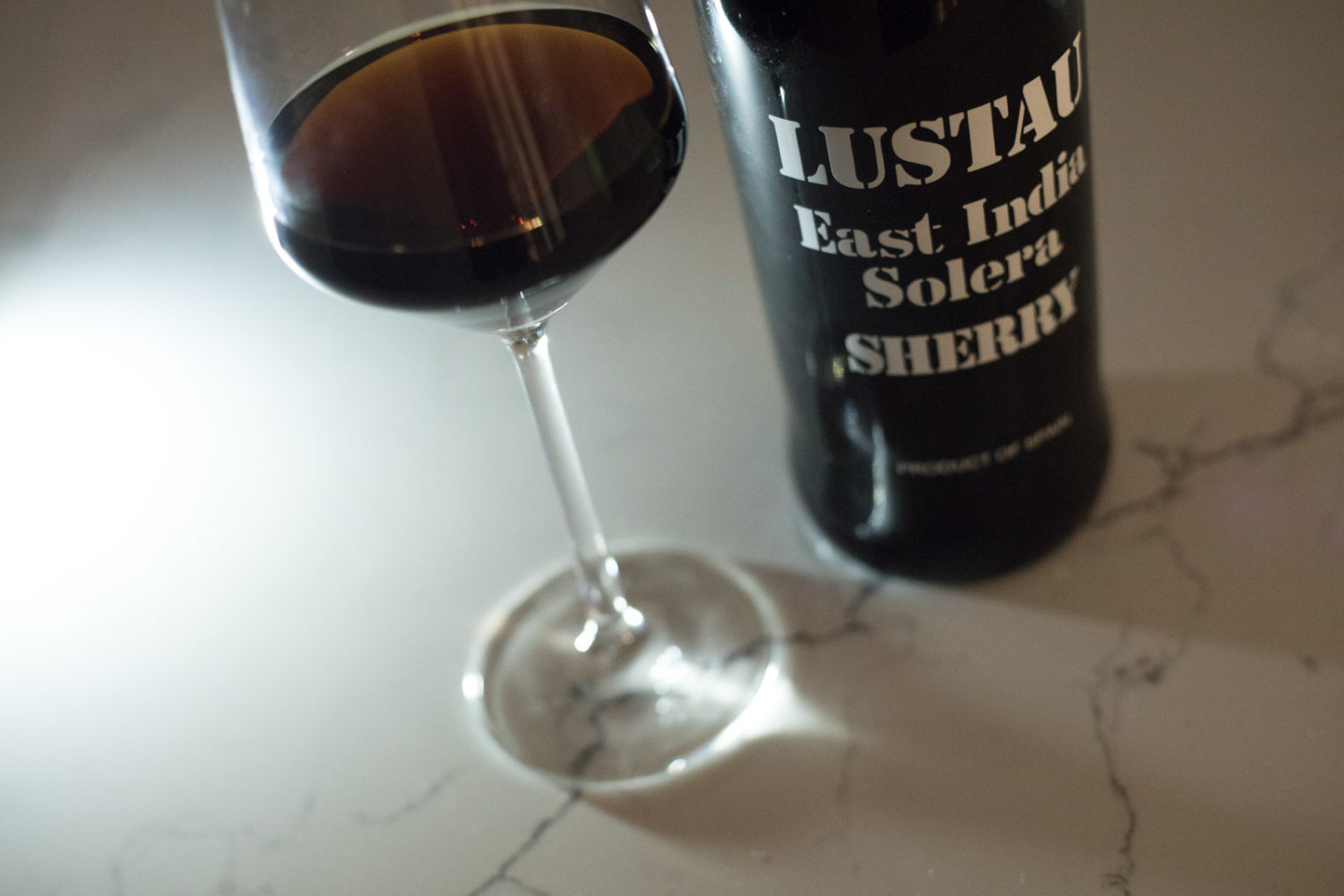