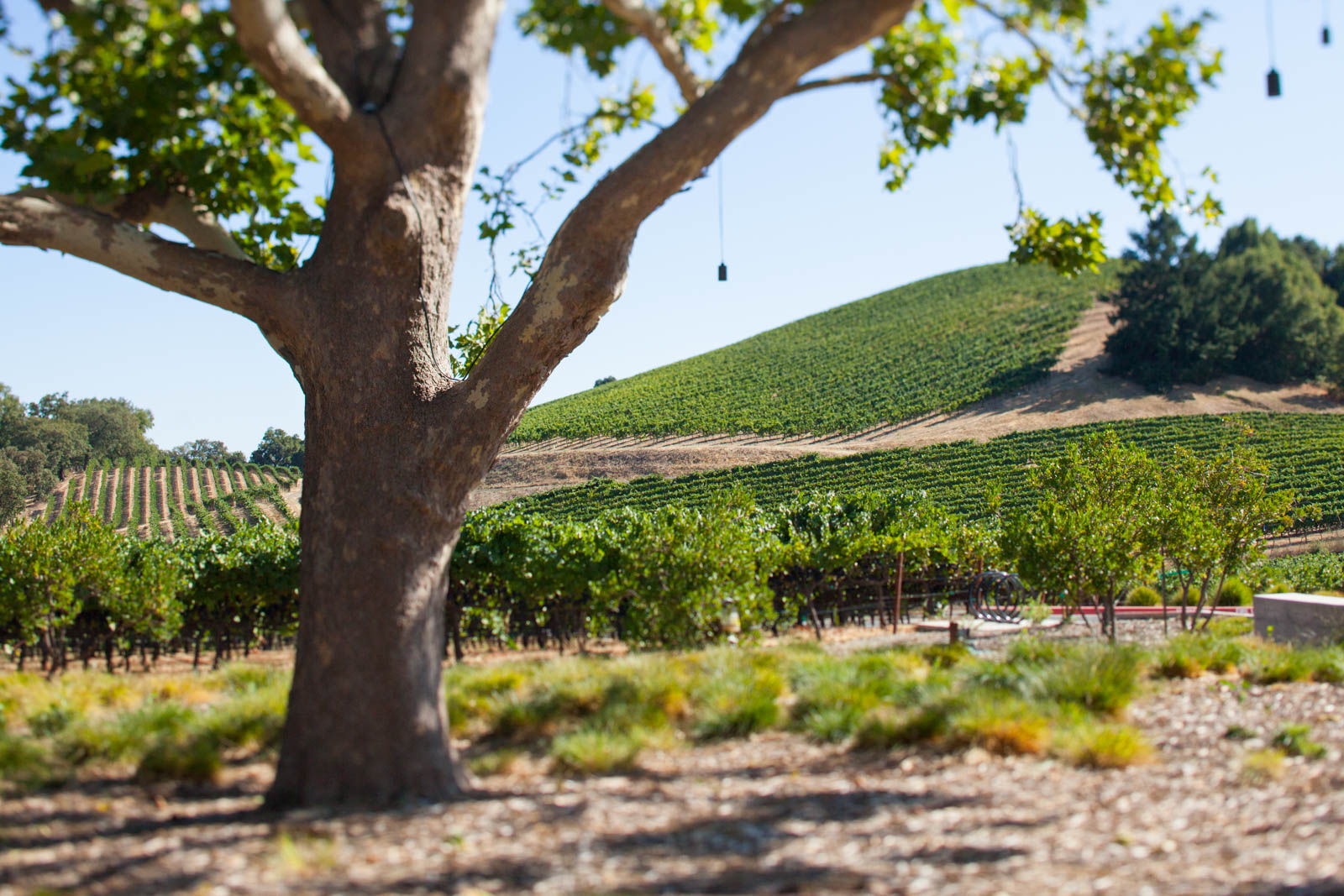 Getting Schooled in Sonoma: At MacRostie

In a quest for answers, our first stop would set the tone for our trip … by redirecting my perceptions.

We were headed to two Russian River wineries — MacRostie first, Arista second — and I was eager to try some opulent and rich Pinot Noir. Because that’s what this area does, right?

“This is our Pinot Noir from the Wildcat Mountain Vineyard,” wine ambassador Charlie Baker said, setting three bottles on the table. We were seated on the terrace at the gorgeous tasting room at MacRostie Winery. “The vineyard is south of the town of Sonoma, where it takes advantage of fog and cool breezes that come through the Petaluma Gap.”

So I was in the Russian River Valley drinking wine from … where? The label said Sonoma Coast, but more specifically, it was Carneros.

Like most California winemakers, MacRostie produces wines from vineyards that are scattered all over the place — some bought from winegrowers, others grown on land they own. In California, it is common that the vineyards serving as a backdrop to your tasting are not necessarily the ones of emphasis on the tasting menu.

In fact, the picture-perfect Thale’s Vineyard surrounding the MacRostie tasting room — which drapes over a Cotes d’Or-like mound bathed in the sun — produces grapes that go into a separate, single-vineyard bottling, as well as two Pinot Noir blends. But on that day, they weren’t on the menu.

That quickly didn’t matter. Knowing that we were short on time with another appointment at the top of the hour, Charlie seemed to be going straight to their pride-and-joy bottling.

On a trip to explore the northern end of Sonoma — an area I thought produced the most interesting wines for my taste — we were unwittingly beginning our journey on the extreme southern fringes, in Carneros. On the map, the appellation looks like a bracket — or a staple — that is pinning the Sonoma Mountains down to the Napa-Sonoma County line. It’s the one area where the two counties share some DNA, as bottles labeled “Los Carneros” or “Carneros” could be from the Napa or Sonoma portion. And despite the very real differences between Napa and Sonoma, here, it doesn’t matter because all of Los Carneros benefits from the same fog and cool breezes blown in from San Pablo Bay.

The Wildcat Mountain Vineyard is wedged on the very southwestern tip of the region, and is the highest vineyard in Carneros, allowing the vines there to take full advantage of sun above the fog-line, without dodging the stress caused by cool ocean breezes, which is needed to produce grapes of compelling character.

Charlie poured a 2011, a 2012 and a 2013. Each year was progressively warmer, and it showed in the varying degrees of concentration in the currant- and cranberry-like fruit, growing more profound with each year. The same can be said for the aromatic profile: the warmer the year, the more intense the nose seemed to be.

At the best wines tastings, each wine seems like an individual song on a cohesive album. But drinking all three of these Pinot Noir from the same vineyard was more like listening to an epic song that builds — think “Stairway to Heaven” or “Little Black Submarines.”

The 2011 was like the intro, the 2012 similar to the measured middle coda, and the 2013 (the warmest vintage) like the rollicking finale. The whole time, the character of the tasting notes remained consistent, telling the story of the vineyard just as the character of a certain guitar lends an identity to a song.

Those unwavering tasting notes were gorgeous, creating the kind of clear identity that justifies the cost of a single-vineyard Pinot Noir. The Wildcat Mountain Vineyard Pinot Noir (★★★★★) offered up aromas recalling an entire garden of flowers and herbs: roses, geranium, lavender, thyme and mint, all intertwined together.

I’d reach for the 2011 to pair it with roast chicken or salmon; the 2013 for pure sipping. So singular was its identity that my wife and I instantly started drawing up plans to buy the trio of vintages. (So much for holding out until the last day to revisit all of the wines and make our purchases).

MacRostie ended up being our favorite tasting room of the trip. For one thing, a host meets you in the courtyard — two Chardonnay in hand — and greets you with a warm smile as you approach. They don’t do this elsewhere, at least not that I have seen. But they should. If you are paying $30 to $45 for a tasting fee alone, you should be treated like royalty.

And secondly, there is Charlie. Right away it was clear that Charlie wasn’t just a wine guy, he was a hospitalian. It was like dining at a fine restaurant: he took note of our tight time frame, our preferences in wine, and the fact that I am a photographer. “You’re welcome to come back later to walk the vineyards and photograph them if you want,” he offered. I’ve never felt more welcomed in a tasting room.

He also brought out two more single-vineyard Pinot Noir: from the Cummings Vineyard near Santa Rosa and the Manzana Vineyard in the Green Valley AVA. You might not have heard of this last appellation: that’s because its within the Russian River Valley AVA as well, and since that name carries more weight, it appears on labels more often (see footnote below)**. Still, the Green Valley is cooler than the Russian River, and the Manzana certainly tasted like a cool-climate Pinot.

Both wines — the Manzana (★★★★ 3/4) and the Cummings (★★★★ 1/4) — were outstanding, with my wife and I disagreeing on which was the better of the two. I found the Cummings to be a little more earthy and rich (its particularly sunny and windy on the Santa Rosa Plains), and the Manzana to be a little harder to crack. But a second tasting the next day — when we came to finalize a purchase of our wines — would have me reversing that opinion. We’ll get a bottle of the Manzana this fall with our shipment of the Wildcat Mountain Vineyard Pinot Noir (and I will probably write a little more on it then).

As we left MacRostie, I couldn’t help but realize how limited my research now seemed. I’d focused on Northern Sonoma — the Russian River, where we were standing, as well as the West Sonoma Coast and Fort Ross-Seaview appellations — and yet, we’d stumbled upon a wine from Carneros first. And it was a knockout.

Like I said in my last post: sometimes with Pinot Noir, the more you experience, the less you know.

** This is a fundamental problem with American appellations — they are often so gerry-mandered by commercial interest that they lack any identity. See also “Sonoma Coast” and “Carneros.”

Part 1: MacRostie (you are here)

It’s a refrain you hear a lot from winemakers: great wine is made in the vineyard, not in the winery. But behind Ben’s comment was a subtle suggestion that while trends come and go, what he and his family were doing with Arista’s wines will endure. After all, he was just working with what nature was dealing him — and nature knows a thing or two about being timeless. Read more.

I wanted to visit Red Car. A month before, their Sonoma Coast Chardonnay blew me away. For me, it was a rare thing: a Chardonnay without noise. There was a purity in the fruit, and a restraint on the oakiness that really allowed for some compelling secondary aromas. Read more. 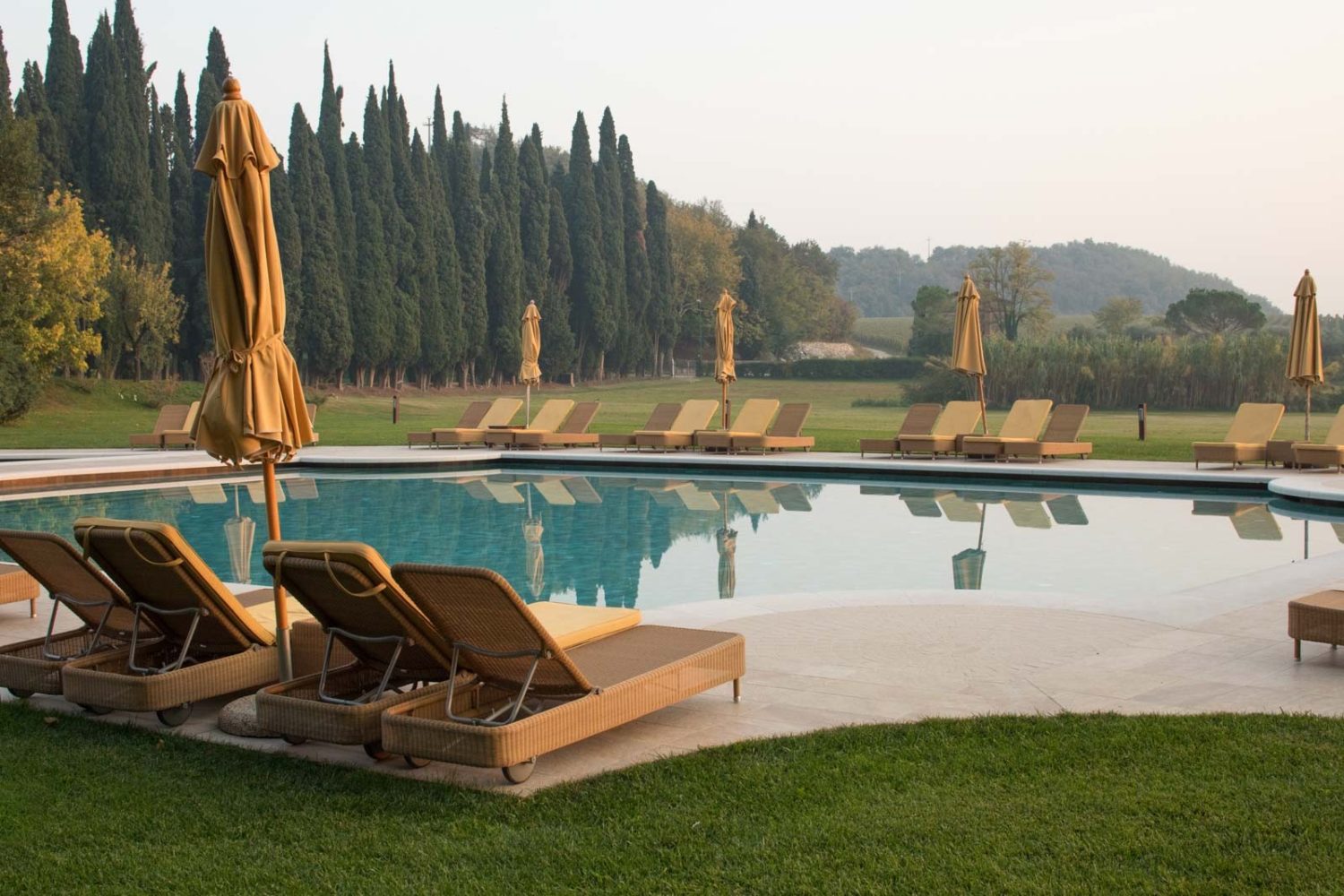