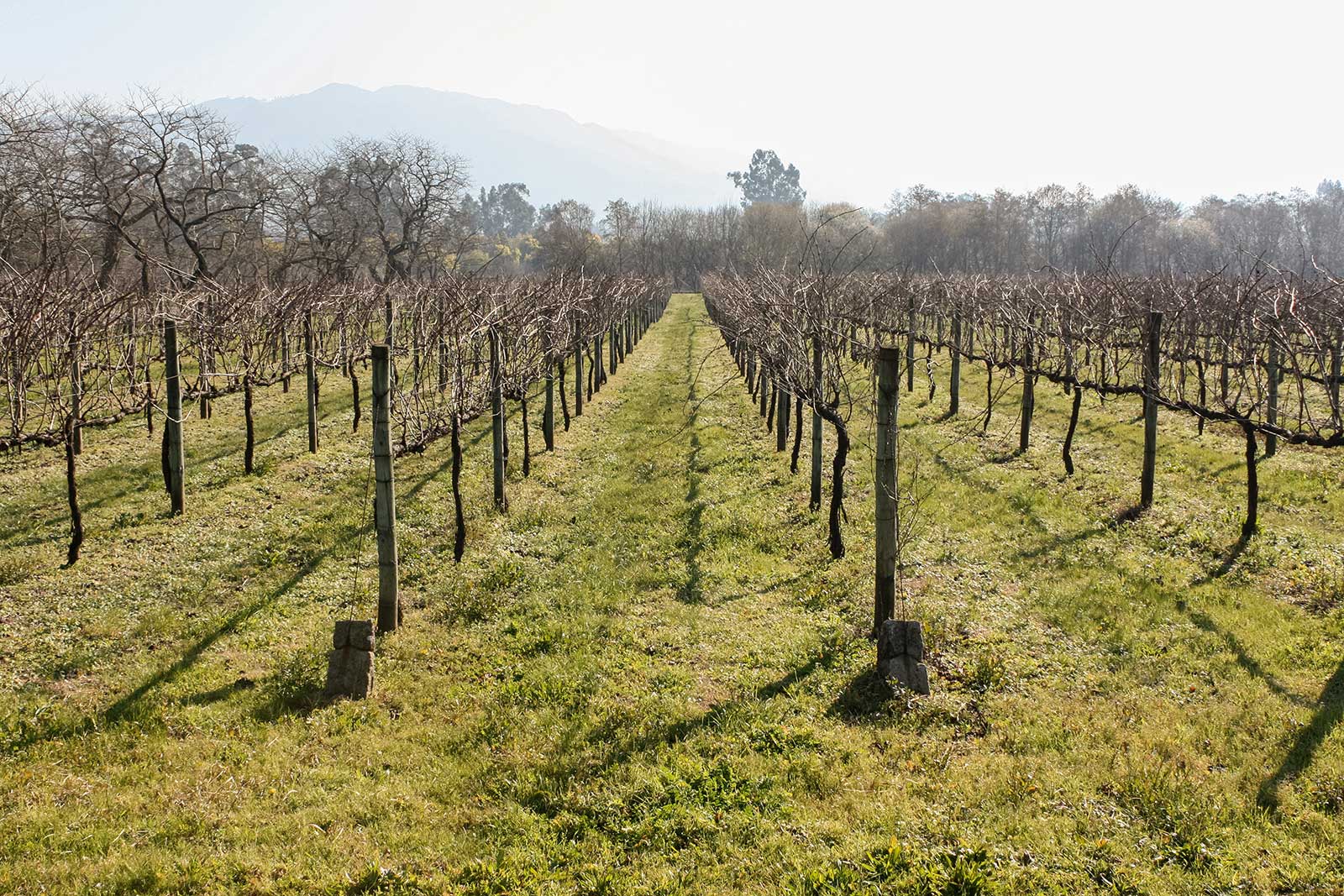 Forget the Fizz. There’s a Lot of Surprises in This Portuguese Region.

“Welcome to Spain,” the text message from Verizon buzzed on my phone. I looked around, confused. The last time I checked (about two steps back) I was in the Vinho Verde subregion of Monção e Melgaço in Portugal. The expansive stretch of green vineyards and squintingly bright sunshine remained intact, and the cooling breeze continued to ruffle my hair. It should have also been about noon, but time was also operating on a different plane; the clock said 1pm.

“That happens lot,” said António Luis Cerdeira, third-generation owner of Soalheiro winery. “See over there?” He pointed to a vague spot on the horizon. “That’s the Spanish border. Rias Baixas is on the other side.”

While the two regions of Vinho Verde and Rias Baixas may geographically be close, the wines remain completely distinct, especially when it comes to Albariño — or Alvarinho as it’s called in Portugal.

You might be asking: wait, isn’t Vinho Verde a light, fizzy white wine? Well, yes … but not really. While that cuvée is a signature of the region, it’s just one tiny part of the story. Vinho Verde, which is having a bit of a renaissance, is working to make varietal wines like Alvarinho, Loureiro, and Arinto more well-known to the world.

What is Vinho Verde?

Vinho Verde is a winemaking region in Portugal, as well as the name of the light, low-alcohol white wine. But we’re here to talk about the region itself. The Duoro and Minho rivers form natural borders. Eighty-five percent of production is devoted to white wines, called “branco.” You’ll also find sparkling wines, rosé, and red wines. Most red wine is consumed domestically, so most options you’ll see in the U.S. are white wines.

And what about the traditional Vinho Verde wine? It’s usually a blend of any of the white indigenous grapes listed below, then fermented so a tiny bit of residual sugar remains. Forced carbonation gives many Vinho Verde their light effervescence, resulting in a wine that is bright and fruity and anywhere on the flavor spectrum from citrus fruits to orchard fruits.

About the Appellation and Wines

Vinho Verde is tucked into the northeastern part of Portugal with many subregions kissing the coast of the Atlantic Ocean. Although there’s evidence of vines having been planted for centuries — and wines gained some level of fame with the English because of the cod industry in the 16th and 17th centuries — many of these wines were red wines, and blends at that. In the 1970s, however, an interest in white wines, particularly ones that could make unique varietal wines, surged.

While the wine itself takes on a very slight emerald hue, the name Vinho Verde (“Green Wine”) actually refers to the blanket of lush foliage that covers the landscape.

Vinho Verde became an officially demarcated region in 1908, and today is the largest in Portugal. Over the past several decades, it became apparent that white grapes fared better, and today the majority of vineyards contain grapes fated to become “branco,” or white, wines.

Don’t bother looking for Chardonnay or Cabernet here: Vinho Verde only produces wines from indigenous grapes. Although red wine dominated in the vineyards for centuries, it’s now white wines that are the focus. In general, red wines tend to be robust, and most stay in the local market.

The best comes from the subregion of Monçao e Melgaço. “Alvarinho is very elastic,” says António Luis Cerdeira. From fresh and mineral to rounder and fuller, it takes well to different vessels and winemaking techniques. Cerdeira, who works biodynamically, experiments with concrete eggs, terracotta vessels, stainless steel and oak. If you can name a winemaking vessel, it has probably had Alvarinho in it at some point.

Loureiro does well in the cooler subregions and produces a fresh, slightly floral, and fruity white.

Arinto has similar qualities to Loureiro in terms of body and its floral tones. There’s also a lovely minerality that you’ll often find here.

This grape is also known as Treixadura in Spain. You get more orchard fruit with this wine, and as it tends to be lower in acidity, you’ll often find it blended with the aforementioned two.

Citrus and apple come through in this high-acid white.

There’s been a lot of internal interest in the ageability of Avesso. It tends to naturally produce high-alcohol wines and research shows it has more aromatic compounds than some of the other local white varieties. Can it age? The jury is out: in good years it develops honey, nutty, baked-apple qualities, but some vintages can run off a cliff very quickly.

Unlike some places in the world where rosé is an afterthought or just a way to jump on a trend, Espadeiro and Padeiro are grown specifically for rosé production. Although vinified dry, they do tend to be very fruity.

Wines from Vinhão are very inky in color, and there’s a lot of acid in this savory grape. Meanwhile, Borraçal is a high-alcohol variety that also tends to read as fairly rustic on the palate. Internationally, there is not a lot of excitement for the red wines of Vinho Verde, so you are not likely to see them on wine shelves or restaurant wine lists domestically.

In total, nine subregions comprise Vinho Verde, which can be noted on the label along with “Vinho Verde.”

Monçao e Melgaço in the northwest tends to grab a lot of the spotlight because of its ideal climate for fostering the Alvarinho grape. The climate is warmer than elsewhere in the region as it’s further away from the ocean, and doesn’t get as much rainfall. In addition, its granitic soils are especially hospitable to the Alvarinho grape, producing wines with lots of fresh fruit and minerality. Cerdeira’s father and grandparents are credited with being the first estate to successfully plant and produce Alvarinho. From there, there was no turning back.

Head a little further south and you enter Lima, followed by Cávado and Ave. All three count granitic soils and moderate rainfall as part of their character. When it comes to white wines, Loureiro, Arinto, and Trajadura are the focus, with a little bit of red wine from the Vinhão and Borraçal varieties making an appearance.

Basto is the most inland of all the regions, and has the biggest climate changes between seasons. Later-ripening varieties like the white variety Azal and Espadeiro and Rabo-de-Anho do best here.

Sousa, although closer to the Atlantic than Basto, is just far enough away that it doesn’t get much influence from the large body of water. Like Ave to the north, Arinto, Loureiro, and Trajadura make up most of the plantings, but white grapes Avesso and Azal dip experimental toes in the vineyards. Along with red grapes Borraçal and Vinhão, Amaral and Espadeiro go into rosé production.

Hook a left and head even further inland to Amarante, with a charming and walkable city that goes by the same name. It’s pretty warm here, which lends itself to later-ripening white wines from Avesso and Azal, along with several red grapes. Then continuing down to Baião, you will find many of the same varieties in neighboring Amarante. Paiva primarily focuses on red grapes.

You’ve definitely seen this wine (★★★★ 1/2) on the shelf, and there’s a reason it’s ubiquitous; it’s a fun and tasty example of a traditional Vinho Verde wine. It’s produced by Aveleda, a gorgeous estate that also has a range of higher-end single-varietal wines. The property is an enormous garden. If you visit, take an hour to walk through all the flora and fauna. You’ll also encounter a goat tower on the property (and if you’re a fan of South African wines, this tower inspired the goat farm at Fairview Estate). As for the wine, there’s lemon and lime, there’s a hint of spritz, there’s a lot of acidity to make your mouth water — what’s not to like here?

We can’t talk about Alvarinho without including Soalheiro. The estate has a lock on the grape, which makes sense considering they were the first to plant it in Monçao e Melgaço. As I mentioned, Cerdeira constantly experiments with the grape (Pet-Nat and Brut Nature, anyone?). But, you need a solid base before going into orbit, which is where “Granit” (★★★★★) comes in. It’s meant to be a pure expression of grape and terroir and it is good. Lots of citrus fruit and a mineral, almost salty quality comes through. Lemon curd and pineapple round out the flavors on this delicious wine.

Anything by Marcio Lopes is a must-try in my book. He farms sustainably and ferments with indigenous yeasts, and his wines read as expressive and energetic on the palate. This one had a wet-stone and slightly herbal character on the nose with lots of white-flower tones and even more lime/citrus powering through on the nose and palate. Crisp and vibrant, this is a beautiful wine. I had the opportunity to taste his old-vine, single-varietal Loureiro like the Pequentos Rebentos Loureiro (★★★★★) at a dinner in Porto and it cranked up the complexity.

I fell in love with proprietor Joana Santiago’s wines right away, and loved the story even more. The estate was started by her grandmother, Maria, who for years was just a garagiste winemaker. But she raked in her family members at an age when most people are well into retirement and turned her hobby winemaking into a legit operation. Joana now oversees the operation mainly focused on Alvarinho, and lucky for us, the wines are now coming into the U.S. “SOU” (★★★★★) started with indigenous yeast fermentation, and very little SO2 is used throughout the winemaking process. She picks the grapes for this wine one week earlier than the rest, and ferments in 50% stainless steel, 50% oak. It’s round and medium-bodied, but still great citrus fruit and acidity.

Note: The author’s insights into Vinho Verde were partly informed by a press trip to the region hosted by the Comissão de Viticultura da Região dos Vinhos Verdes. Learn more about our editorial policy. 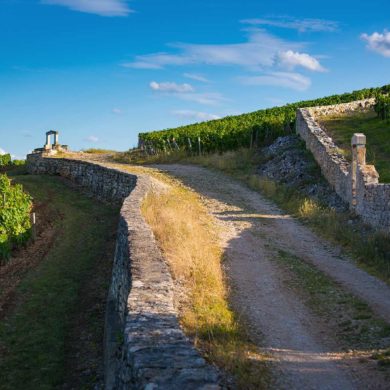