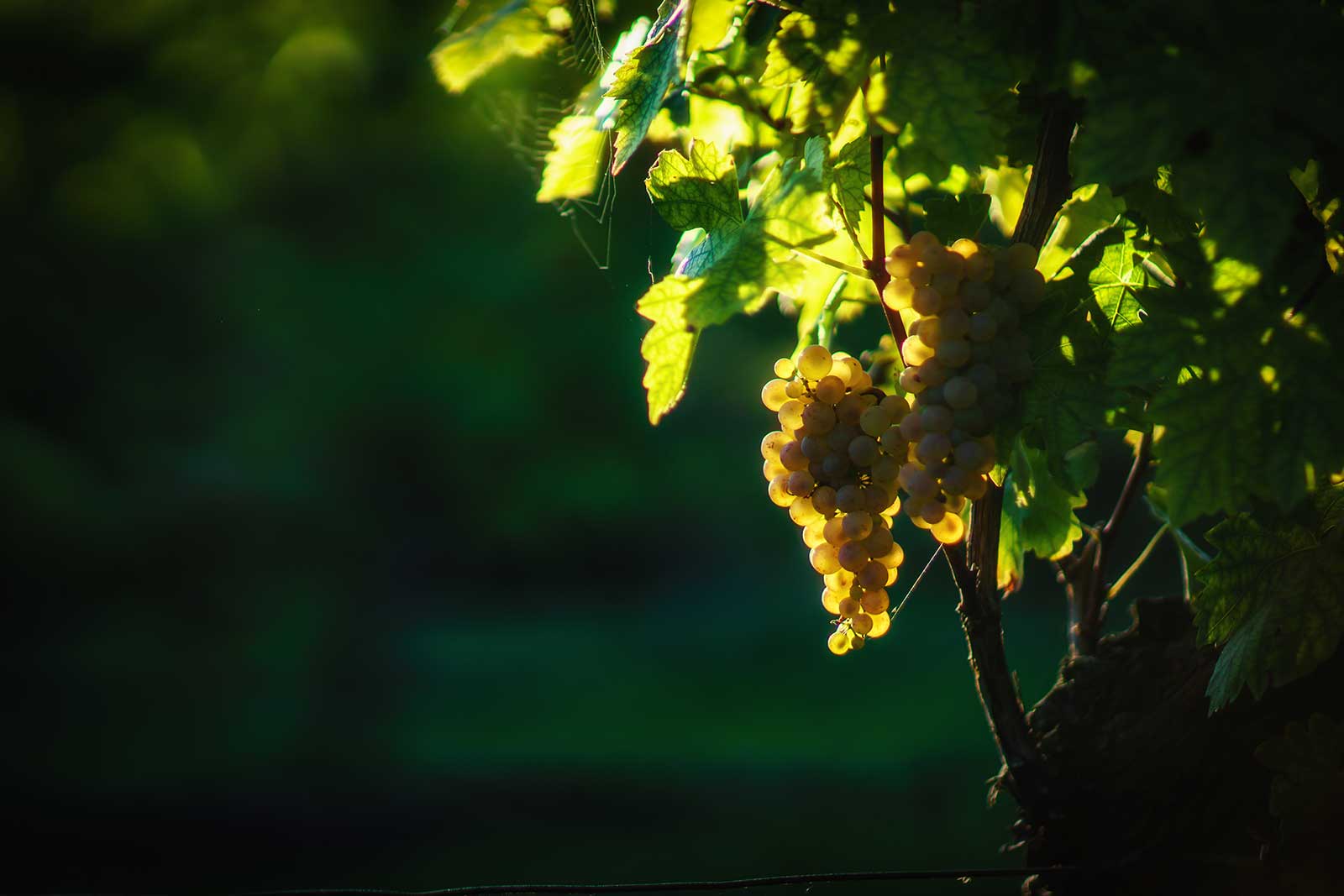 Refreshing White Wines From the Shores of Lake Garda

You could spend a lifetime studying Italy’s tapestry of wine appellations and still feel as though you are uninformed. In fact, you could specialize in just the white wines of Italy, and that feeling of inadequacy — of never fully mastering its intricacies — would persist.

So what motivates people like me, who spend their free time reading text books and working up flash cards to memorize it all? A sense of discovery. A promise that over the next topographical hill on the map lies another wine we have yet to try, that will give us a deeper sense of delight.

In October, I drove through the heart of one such appellation and I didn’t even know it. In fact, I did it twice. Both times, I was completely oblivious.

The autostrade route that connects Alba to Verona goes right through the heart of the Lugana DOC . When we arrived in Verona, we searched for Valpolicella, Soave and Prosecco on the wine menus. When we returned to Milan, we passed back through Lugana without even noticing a single vineyard. Or the storied peninsular town of Sirmione, for that matter.

I wish I had known.

It would be unfair to call Lugana “under the radar.” After all, it was the first DOC designated in Lombardy in 1967. The wines are also especially loved in Germany (a major export market) and by any tourist who has visited Lake Garda and asked for a white wine.

But Lugana has certainly not garnered the same media attention that the white wines of Friuli Venezia Giulia, Piedmont, Le Marche and Campania have on this side of the Atlantic.

With my first taste of Lugana, I was transported. No, not to the autostrade. I was transported to the places I wanted to drink this wine next: my patio in the summer, a harbor-side restaurant with the catch-of-the-day on my plate. On a boat that is setting sail for some place distant.

So let’s explore Lugana with a First-Taste Guide.

Lugana DOC is a small appellation that straddles the Lombardy and Veneto border on the southern shore of Lake Garda. If you know Italian geography, you might be confused by that fact, but it is true: the Lugana DOC is not on Lake Lugano, but rather Lake Garda.

Most of the appellation lies on the Lombardy side of the border. Given this fact, plus the viticultural wealth of Veneto, the wine is more readily identified with Lombardy, and is in fact the region’s most prestigious white wine. But this landscape used to be very different than it is today.

Grape-growing has had a presence in Lugana since the Bronze Age, but up until the rise of the Venetian Republic, the land was covered mostly in a marshy forest. When the Venetians cleared the land to increase grain and cereal production, they forever changed the landscape. From then on, cultivation of grapes has been front and center.

Despite its proximity to the Alps, Lugana’s climate is downright Mediterranean thanks to Lake Garda — Italy’s largest lake — which moderates the climate with a soupy humidity from spring to autumn. Diurnal temperature swings are minimal, but that suits the Turbiana grapes just fine.

The vines are happy in Lugana’s clay-rich soils. Near the lake — and surrounding the towns of Lugana and Rovizza — a chalky-clay topsoil produces a wine with crisp acidity and a mineral finish. Further to the south, the land rises into a series of hills, and the clay soil becomes sandier, resulting in wines that are fuller and richer.

These wines are made mostly, if not entirely, from Turbiana. This grape, according to Ian d’Agata, is genetically identical to Le Marche’s signature white wine grape, Verdicchio. However, in the unique soil and climate of Lugana, the variety has taken on a personality all its own, and it is therefore considered a different biotype. Turbiana in Lugana creates a fuller and richer expression than, for instance, the lean, fruitier versions of Verdicchio dei Castelli dei Jesi. Since Turbiana ripens slowly and evenly, the moderate climate of Lake Garda’s southern shore gives it a happy home.

Whether it looks the same under a microscope or not, to a wine drinker, they’re very different. And in the end, that is all that matters. In fact, the local corsorzio  states that Turbiana is different from Verdicchio because of its “phenological, agronomical and oenological” properties.

One of Turbiana’s most compelling attributes is its ability to maintain a high level of tartaric acidity, which gives it the unusual ability to be fresh and zippy in youth, yet capable of aging for more than a decade.

The disciplinare  states that to label the wine as Lugana, it must include at least 90% Turbiana, but in most instances, winemakers choose to make it a varietal wine. Nine out of 10 bottles from the region are labeled as Lugana DOC, but the disciplinare allows two other designations for still wine: Lugana Superiore DOC (which must be aged for 12 months before release) and Lugana Riserva DOC (which must be aged for 24 months, of those, six months in bottle).

The wine I’ve selected to showcase what Lugana is all about is the 2016 Montonale “Montunal” Lugana. Hailing from the western edge of the appellation, the wine spent six months on the lees. This seems to have created an extra dimension of texture — a fullness without being heavy — while preserving Turbiana’s signature mineral-note on the finish. It is not the kind of wine that blows you away with its first impression; it is more like a song that grows on you. Midway through my first glass, I quite suddenly realized how much I was enjoying the wine. Say! This is quite good!

I am not very familiar with the producers of the area, but one of our Essential Winemakers of Italy — Zenato — makes a Lugana, and while I have yet to find a bottle to try it, their track-record with other wines leads me to believe it is likely a wonderful alternative if you cannot find the Montonale “Montunal.” But don’t fret: I’ve provided a link below the tasting notes to wine-searcher.com where you can find a retail outlet near you that sells Montonale.

As for the next time I’m on the autostrade to Verona? I will definitely — definitely — get off at the Sirmione exit and knock on some winery doors. 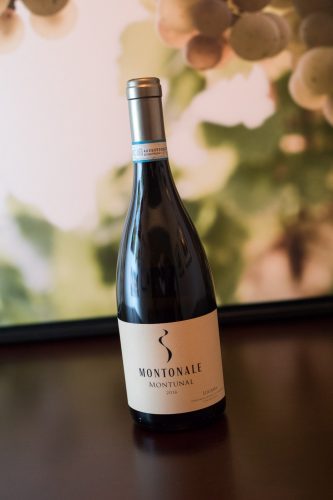 Tasting notes: A charming wine that subtly works its magic from one sip to the next. The color is quite pale with a tinge of green, but the aromas are surprisingly potent for a variety that isn’t known for its aromatic power. Those aromas recalled white flowers, crisp green apples, lemon pith and flint. There is a quiet patience to this wine that I really appreciated: it wasn’t boastful or showy, it just seemed to know it had a job to do at the table.

Serving suggestion: Serve with a slight chill that feels appropriate to the weather, and pair with ratatouille, roasted cauliflower, chickpea soups or poached fish.

Note: This wine was provided by VIAS Imports as a sample. Learn more about our editorial policy.