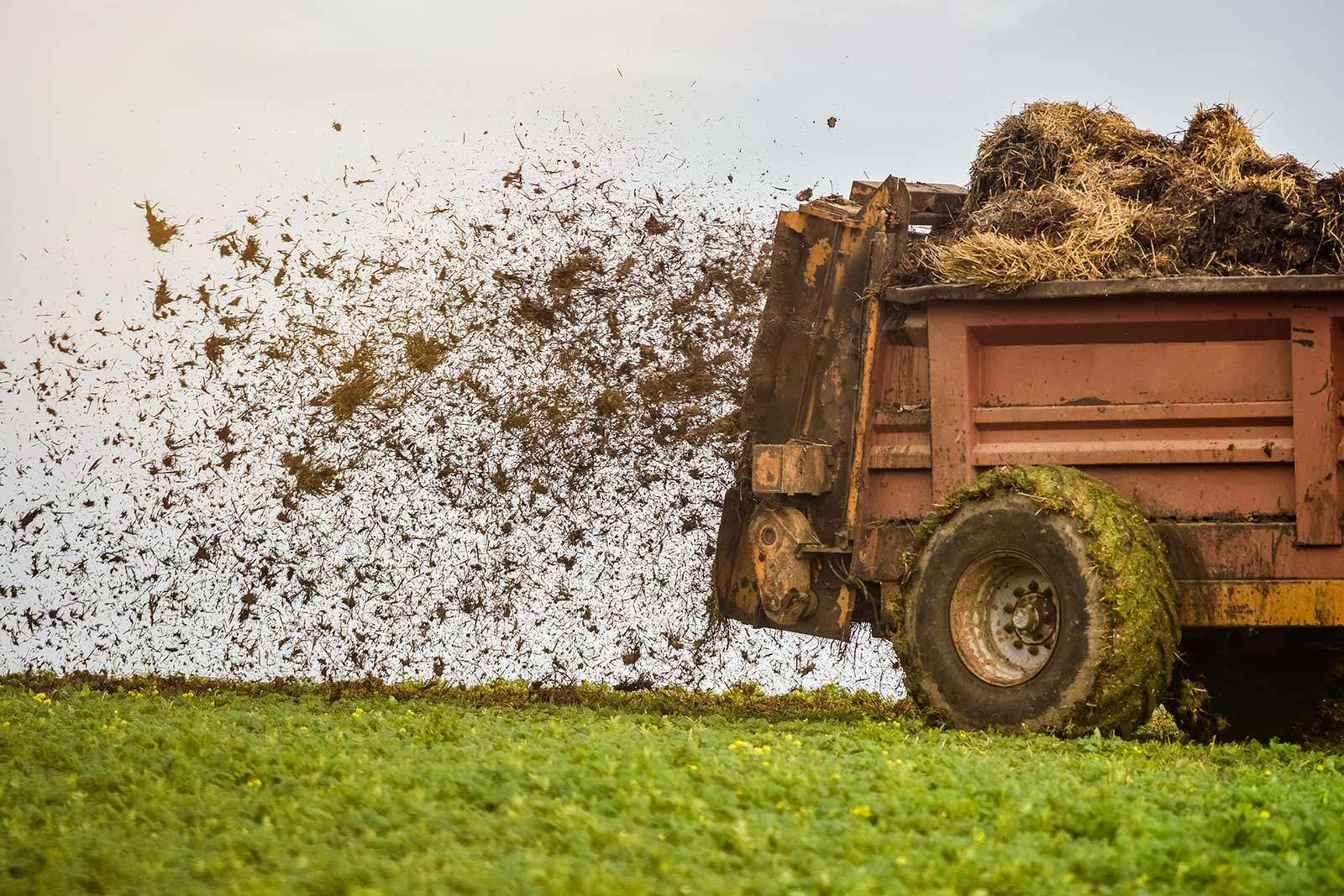 Brettanomyces Is a Big Problem 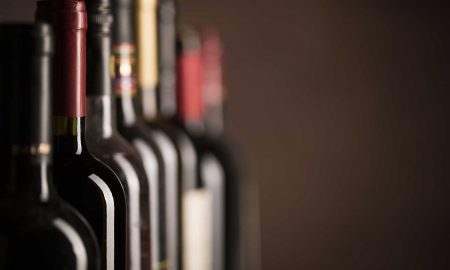 My Letter on Wine Tariffs to Robert Lighthizer, USTR 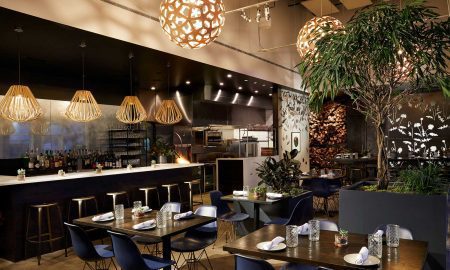 How to Support Local Restaurants During COVID-19
6 min read

According to modern wine criticism, tasting new oak in a wine ranks as one of the worst cardinal sins. Like greasy fingerprints on a window, overpowering aromas of sweet-vanilla or coconut — as well as coarse and clumsy tannins — distract from the field of view. Terroir: obscured! Wine: anonymous! we shout. (Commercial success: guaranteed, they might reply). Oak can certainly be a blunt instrument, ruining excellent fruit from expressive sites. But at least it doesn’t smell like the backside of a farm animal. For that, you need to call upon brettanomyces.

Because I frequently profile “natural wines” here on Opening a Bottle (a term I am increasingly uncomfortable with … but more on that another time), I feel like it is high time I come clean on the subject of brettanomyces, a.k.a. “brett.” This non-spore forming critter of the Saccharomycetaceae family of yeast loves to creep into wines and render its opinion like a foul-smelling wind from Greeley, Colorado. And for years it has been getting far too much of a pass in modern wine circles, including from me.

The Spectrum of Brettanomyces

Brett occurs naturally, and it is either actively embraced by winemakers or vociferously fought against. Obsessive cellar hygiene, low ambiant temperatures in the winery, appropriate sulfur levels, and higher acidity/lower residual sugar can all help reduce the risk of brettanomyces crashing the party. Of course, winemakers can use more “scorched earth” tactics to fight brett — such as sterile filtration and the addition of certain preservatives — but their effectiveness can be limited, and the collateral damage to other beneficial living things in the wine can be significant. 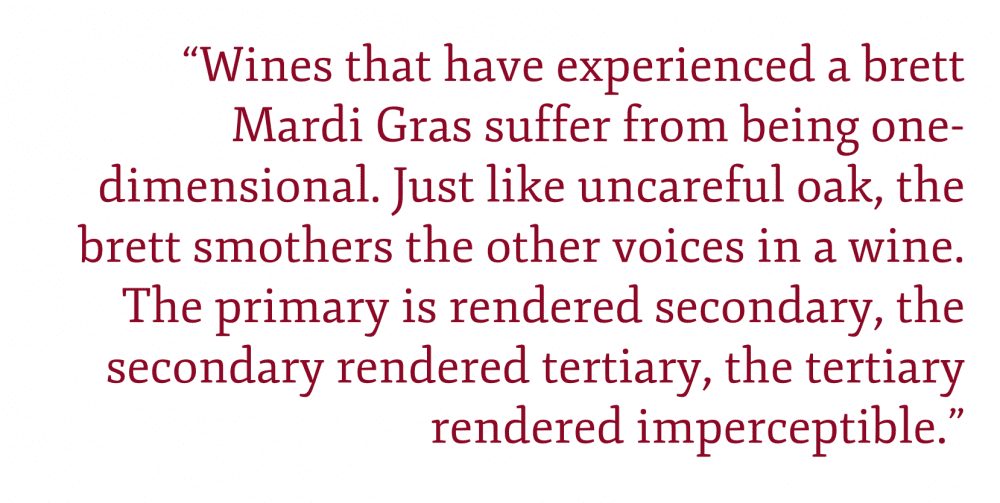 Brettanomyces’s manifestations are a massive headache for winemakers, as it is one of the most slippery flaws to control. It can come to life inside the bottle long after the wine has left the winery, and its appearance in some vintages and not others can be confounding.

While it does not have an odor in and of itself, its two primary byproducts do: aromatic compounds called 4-Ethylphenol (4-EP) and 4-Ethylguaiacol (4-EG). The smell of these byproducts can range from a pleasant musk or meaty aroma to crop-dusting from a carriage horse. Some tasters have an almost carnal reaction to the smell, while others are roundly repulsed. Furthermore, brettanomyces can alter the mouthfeel of a wine, rendering its surface more abrasive. (If you want to better understand this complicated little microorganism, I recommend reading Kelly White’s complete compendium on brett for GuildSomm which was published on SevenFifty Daily. It is, in a word, excellent).

For years, I have been tolerant of brett when I’ve noticed it, and have mostly shrugged my shoulders at its milder forms. When its on the musky end of the spectrum, the note could just as well be from the grape variety. But brettanomyces reputation is forged with the more uncouth aromas. Smelling them is like having someone belch at your dinner party. 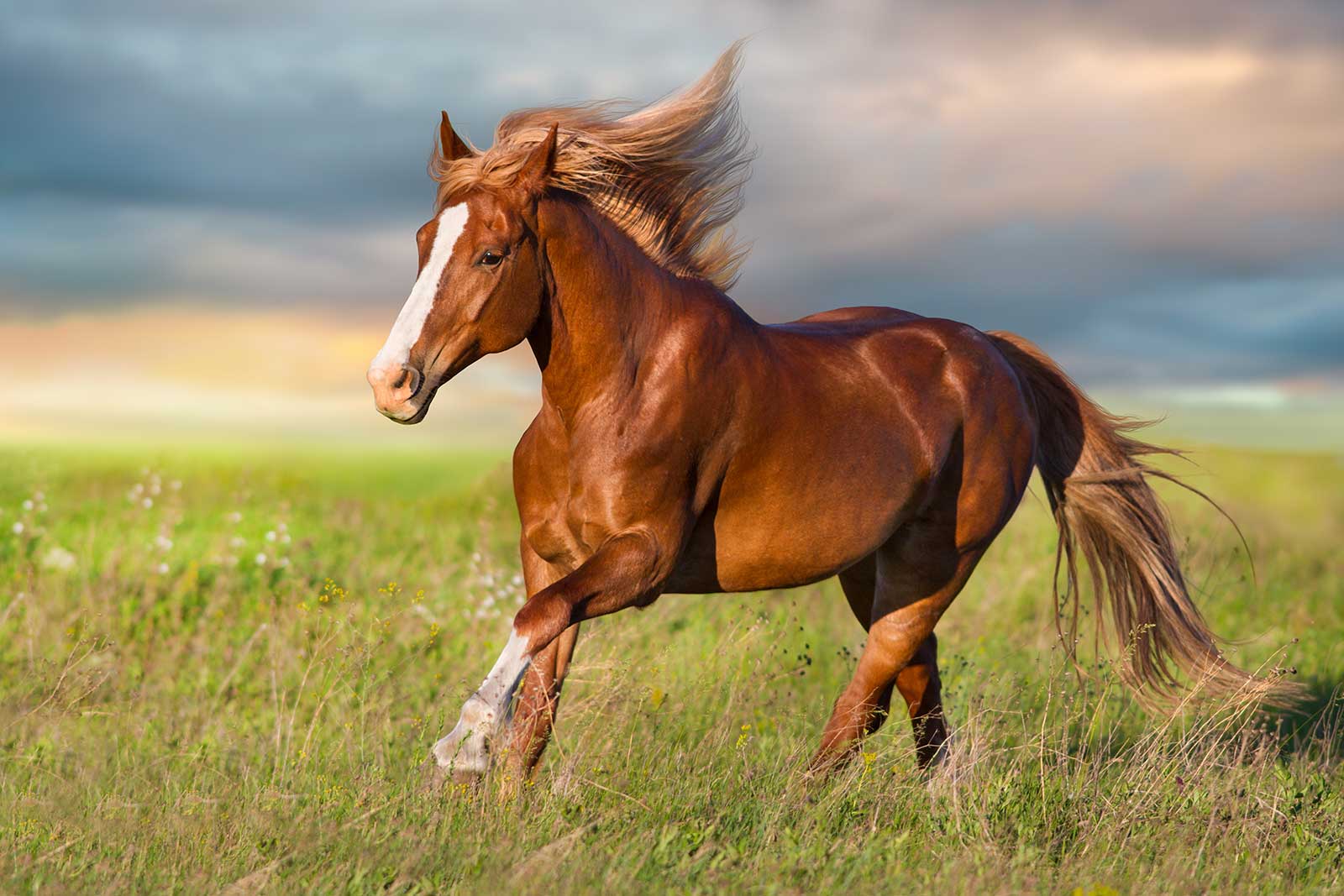 Brett is as Bad as Clumsy Oak

I recently had my tipping point with Brett over the course of three wines, and after years of excusing his behavior, its safe to say I’ve had enough:

I can imagine that many of you are like my wife: sensitive to brett, perhaps even repulsed by it. Like all matters of taste, it is personal. But these three wines made me re-evaluate my previous nonchalance toward brettanomyces and its byproducts. Wines that have experienced a brett Mardi Gras suffer from being one-dimensional. Just like uncareful oak, the brett smothers the other voices in a wine. The primary is rendered secondary, the secondary rendered tertiary, the tertiary rendered imperceptible. It has a cascading effect, particularly on light-bodied, delicate red wines (such as all three listed above). 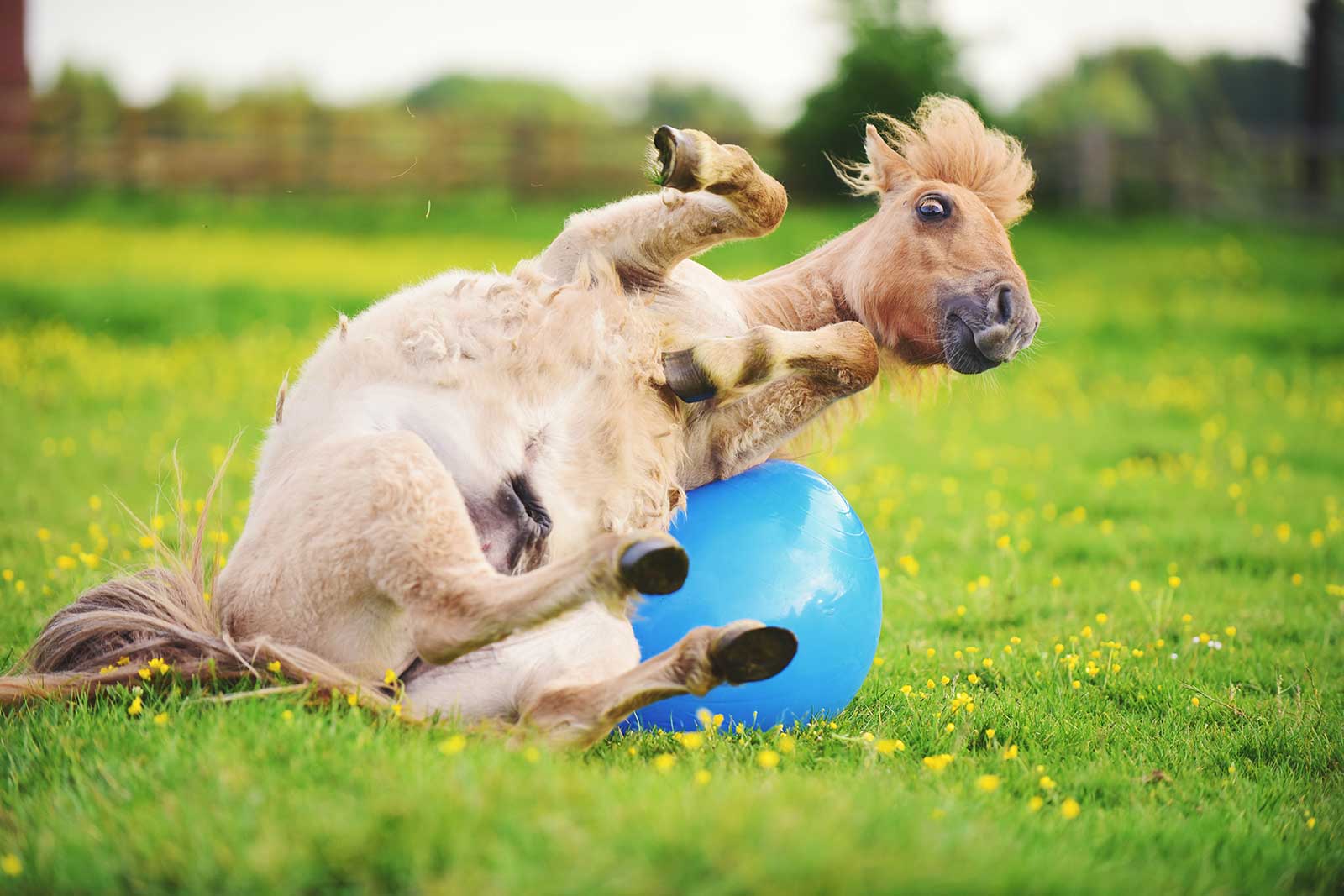 … And a visual representation of how we should see brettanomyces in wine.

And like overuse of oak, brett can have profound ramifications on the identity (or lack thereof) in wines. That Valtellina Superiore mentioned above had more in common with the Beaujolais-Village than it did with anything else I’ve tasted from that splendid, Nebbiolo-rich valley in northern Lombardy. It had lost its sense of place, which — for a place as special as Valtellina — is a shame.

Terroir as an Excuse

The argument that brett is merely part of the terroir is increasingly flimsy. It disregards that terroir has a significant human element. Pardon the pun, but nature doesn’t give a shit how wine tastes. People must shepherd grape juice into wine. It doesn’t make itself. And while many of the decisions they make have their own cultural terrain that must be considered, the pursuit of balance in wine is largely universal. Brett can be minimized, just like oak usage can be judicious. Brett can be a factor, but it must be in balance. To me, when brett does its best work, its when you don’t even realize it.

I don’t hold flawlessness as an ideal in any art. In singing, a crack in the voice can convey emotion better than a perfect pitch. In painting, free-forms and imperfections can touch the heart more than precision and realism. And in cooking, tweezered perfection often tastes soulless.

The same goes for wine. Brettanomyces is a flaw. At the moment, its rampant appearance — particularly in French red wines with low tannin and low alcohol — is a scourge. But like many flaws, a little bit can build character and reveal a more compelling story.

But at this point, I’ve already read Duck Goes Potty a hundred times while potty-training two kids. I don’t need to read it again.

Have an opinion? Let’s hear it below.

So, Can a Bretty Wine Be Salvaged?

Some aromatic compounds in wine “blow off,” meaning they become less detectable. The byproducts 4-EP and 4-EG are relatively stable, so they don’t really do this.

However, I have noticed a marked improvement in many brett-ridden wines with aeration. This could be that the other aromatic compounds have risen to the occasion and overwhelmed the brett, or the brettanomyces smell out of the bottle was actually a sulfur compound (a oft-confused aroma residing between barnyard and rotten eggs) which actually does “blow off.” Or it could be a mixture of both.

In some cases, it has taken 24 hours post-cork pull for the wine to show its stuff, but even then, the softness of the texture is usually not there.

If you spent quite a bit on the wine, you owe it to yourself to save it and see what happens. If not, I would dump it.