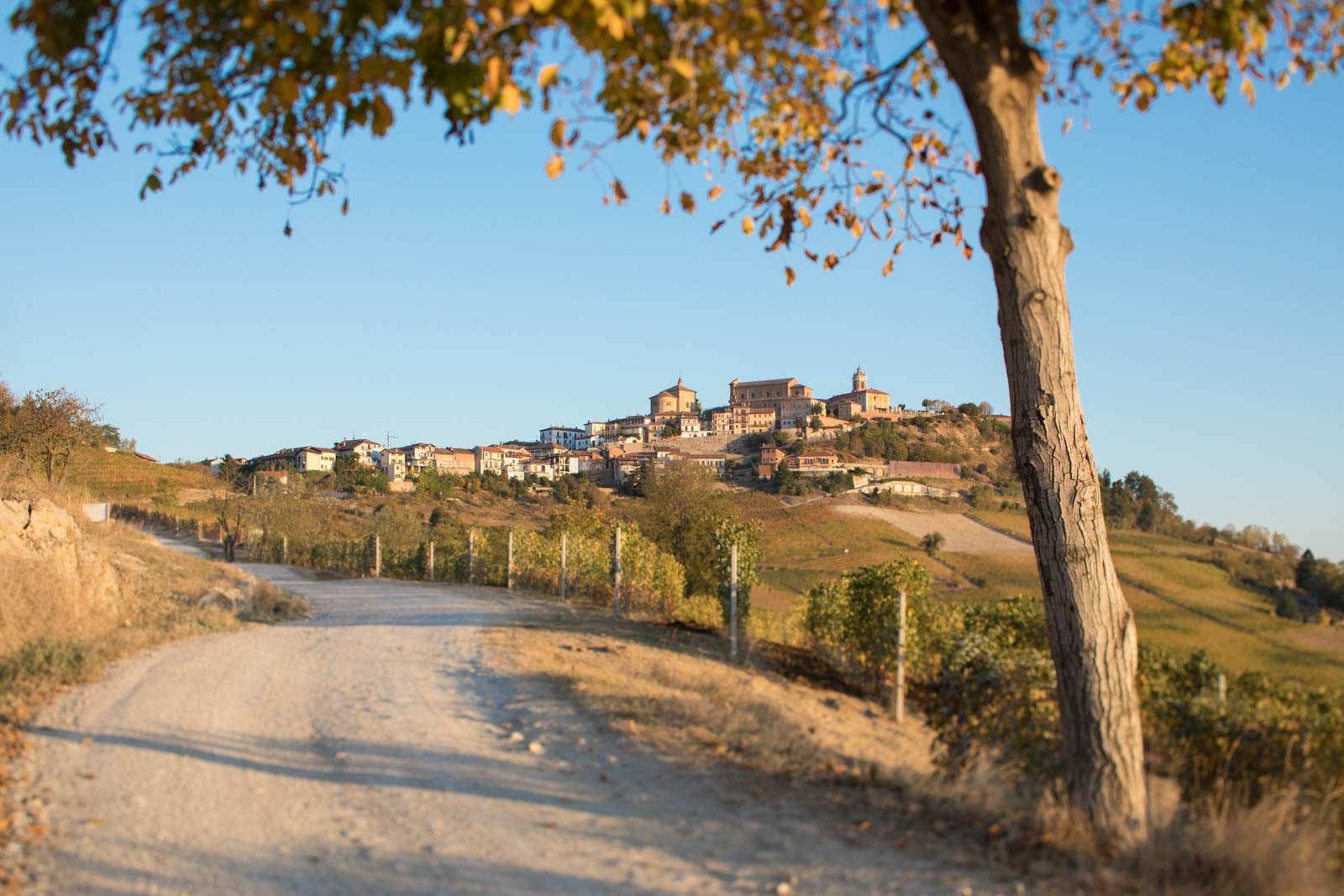 Study Guide to Barbaresco and Barolo

Everything You Need for Our Upcoming Virtual Tasting

On Saturday, February 19, 2022, subscribers to Opening a Bottle will have access to our Virtual Tasting Seminar on Barbaresco and Barolo. If you are logged in, this is where you can access the event: the Zoom credentials are copied below.

There is little dispute that these wines, particularly those from Barolo, are the most esteemed in all of Italy. Among collectors, only Burgundy and Bordeaux have more cache as far as European regions go. But it wasn’t that long ago that this corner of Piedmont was beset with startling poverty and a real “brain drain” as agricultural workers left for better opportunity in nearby cities.

In this virtual tasting seminar, we will cover the history of this vaunted place, touch upon the basics of Barbaresco and Barolo, then go a little deeper. I do not mind saying that I have more passion for this corner of the wine world than any other. It resonates with me, to the point that I’d gladly forgo learning about other wine regions just so I can get to know these two deeper.

Below you will find everything you need as a paying subscriber to access the event: a description of the class, how to understand Barbaresco and Barolo at a basic level so you can purchase the two (or four) wines you need for this event, producers that I think are worth the extra effort to seek out, and lastly — and perhaps most importantly — some simple serving tips so that your Barbaresco and Barolo wines open up and say something to you during the tasting.

Help us get a headcount: RSVP for this class.

Now, on to the Zoom credentials to access the event!

Barbaresco and Barolo: A Deeper Look

Many people have claimed that Barbaresco and Barolo are the two greatest wines in Italy. From the sturdiness they show in aging to the wonderful and unique complexity they offer, these red wines make a compelling case that the assertion is correct. Made entirely from the Nebbiolo grape within two small districts in the Langhe Hills near Alba, Barbaresco and Barolo often reveal the main thing wine obsessives pursue: terroir.

For all their charms, Barbaresco and Barolo can be stern, unrelenting wines in their youth. That’s why, for this Study Guide, please read the section below called Serving Tips, which will offer some ideas on how to get more oxygen into the wines before tasting them. What follows is guidance on which wines to buy for this tasting

Shopping for Barbaresco and Barolo

Attendees seeking to get the most from this seminar are advised to purchase two to four wines independently. At a minimum you will want a Barbaresco and a Barolo wine as a comparison. These two wine regions sit side-by-side, but they have real differences. Barbaresco is lower in altitude, close to the Tanaro River and releases its wines a full year before Barolo after they’ve spent a minimum of 9 months in wood barrels or casks. Barolo is hilly, has more complex soil, and demands 36 months of aging with 18 of those in wood.

My hope is that by tasting these side-by-side, you’ll get a feel for their differences … their strengths and character. However, it is preferable to ensure they are from the same vintage (e.g. year). That may be difficult given that Barbaresco is released one year before Barolo, but because these two wines are highly vintage-sensitive, it is possible that differences in the glass are more attributable to different weather conditions — such 2017’s heat vs. 2018’s cool, damper conditions — than territorial differences.

Here’s what you ought to know when buying Barbaresco or Barolo.

As noted, the year’s weather conditions are vitally important to the style of Barbaresco and Barolo. Speaking in general terms, hotter weather yields a higher alcohol, more powerful style of wine (e.g. 2017), while cooler years lend more elegance and delicacy (e.g. 2018). I prefer the latter style, not just in Barbaresco and Barolo, but worldwide. That’s a personal preference, although hot vintages are presenting real dangers to the identity of places like Barbaresco and Barolo. Post-budbreak frost and hail events are also big problems as they reduce the amount of yield from the vineyards, resulting in less wine and higher prices.

The current release of Barbaresco is the 2018 vintage (2017 for Riserva), while in Barolo it is the 2017 (2016 for Riserva). You may see a few earlier vintages still on the shelves. I will likely be comparing the 2017 Produttori del Barbaresco to the 2017 Pio Cesare “Barolo Pio” Barolo.

I’ll provide some guidance on decoding recent vintages during our class. You are welcome to ask your wine merchant what they think. If you can’t find the same vintage for both wines, don’t worry too much. The important thing is to find a great producer at a price you are comfortable with. There is an old adage in the wine industry that certainly holds up in Barbaresco and Barolo: “there is no such thing as a ‘bad vintage’ just ‘bad winemaking.'” In other words, the most talented winemakers consistently produce great wine. That doesn’t mean they make wines non-indicative of vintage, but rather they can handle the conditions and coax what they need to out of the vineyard.

Here, in Piedmont, you have one of the most talented collections of winemakers on the planet. You’ll do fine, but if you choose to collect these wines and spend ample amounts of money on them in the future, you owe it to yourself to understand recent vintages. (Again: we’ll cover this in greater detail).

Expect to pay between $30-$75 for a bottle of Barbaresco. For Barolo, that price range is generally $50–$85, though you can sometimes score a bottle for less. There are numerous examples in both appellations that exceed those cost ranges, usually because they are single-vineyard wines in small supply, or they’re from a “cult winemaker” whose devotees clamor for their blend of various vineyards (as is the case with Bartolo Mascarello), or sometimes it is a bit of both.

As noted, there is a plethora of talent in Barolo and Barbaresco. I have very rarely encountered average wines. That said, these producers rise to the top.

Again, this list only scratches the surface, but I can personally vouch for any wine from this list. The quality levels in Barbaresco and Barolo are so high!

If you buy four wines, the comparison tasting is multidimensional: you could try to get a standard Barbaresco and Barolo and a single-vineyard from each, or you could simply do 2 and 2 and compare producers and compare the villages with a larger sample size. Since I’ll be talking so much, I plan to have only two wines open.

These are colossal wines, and we’ll be drinking them young. Barbaresco tends to reach its optimal drinking window a little sooner than Barolo in part because of its slightly different climate and also its shorter aging regiment in the cellar. Typically, Barbaresco shines from the 5-year to 15-year mark after the vintage, while Barolo hits its stride after 10 years. But such is the quality of these wines that they can provide complexity and intrigue at any stage. And it is not like they fade much after 20 years (as long as they’ve been properly stored!).

So, what should we expect drinking these young? Well, they might have their arms crossed a bit like a pouty teenager, so they’ll need some coaxing at this early stage. We often say the wine is “closed” when it seems wound tight: I detect this less on taste and more on my difficulty in analyzing individual details in the wine. It is a sensation of being overwhelmed by all that’s happening on the nose and the palate. In poor quality wines, this can happen too, but the difference is a lack of balance. Young Nebbiolo-based wines (which Barbaresco and Barolo are) can present “closed” but the overarching balance is there. This is a good sign! It just means you need to be patient and let the wine “breathe.” Oxygen exposure will break apart the components in the wine: it smooths out the edges you feel on the palate, and separates the aromatic compounds so your senses can process them.

Here’s how you can coax your Barbaresco and Barolo wines:

We will see you on February 19! 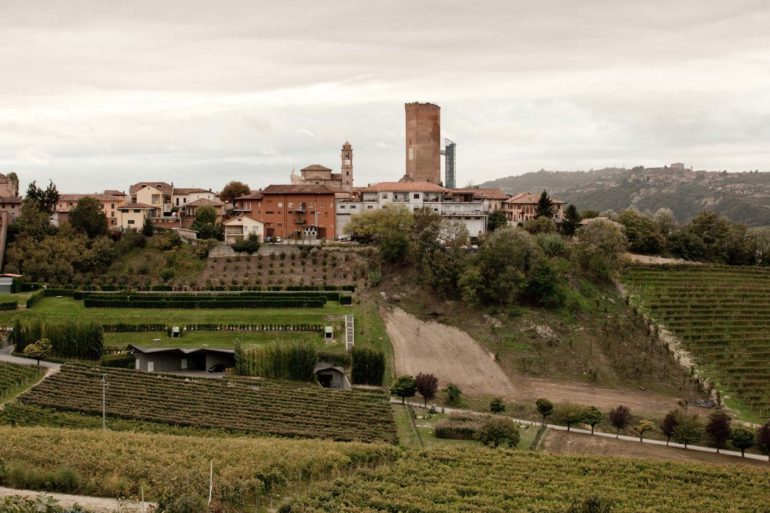 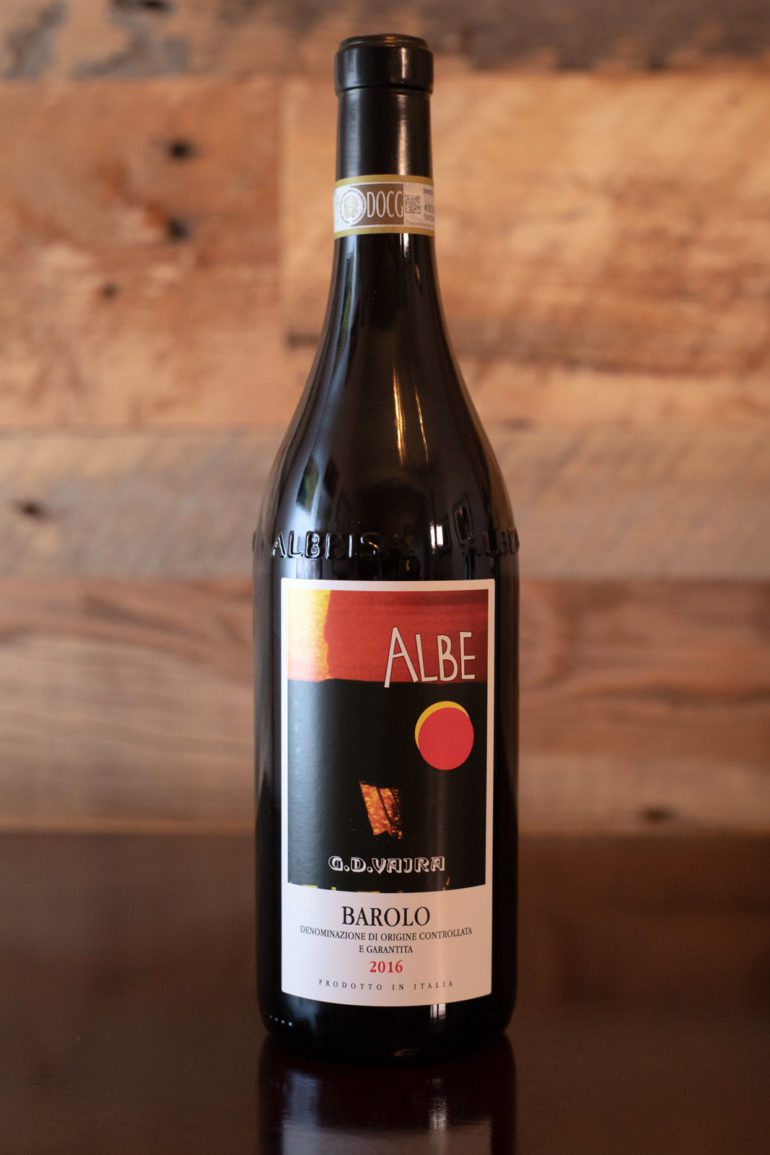 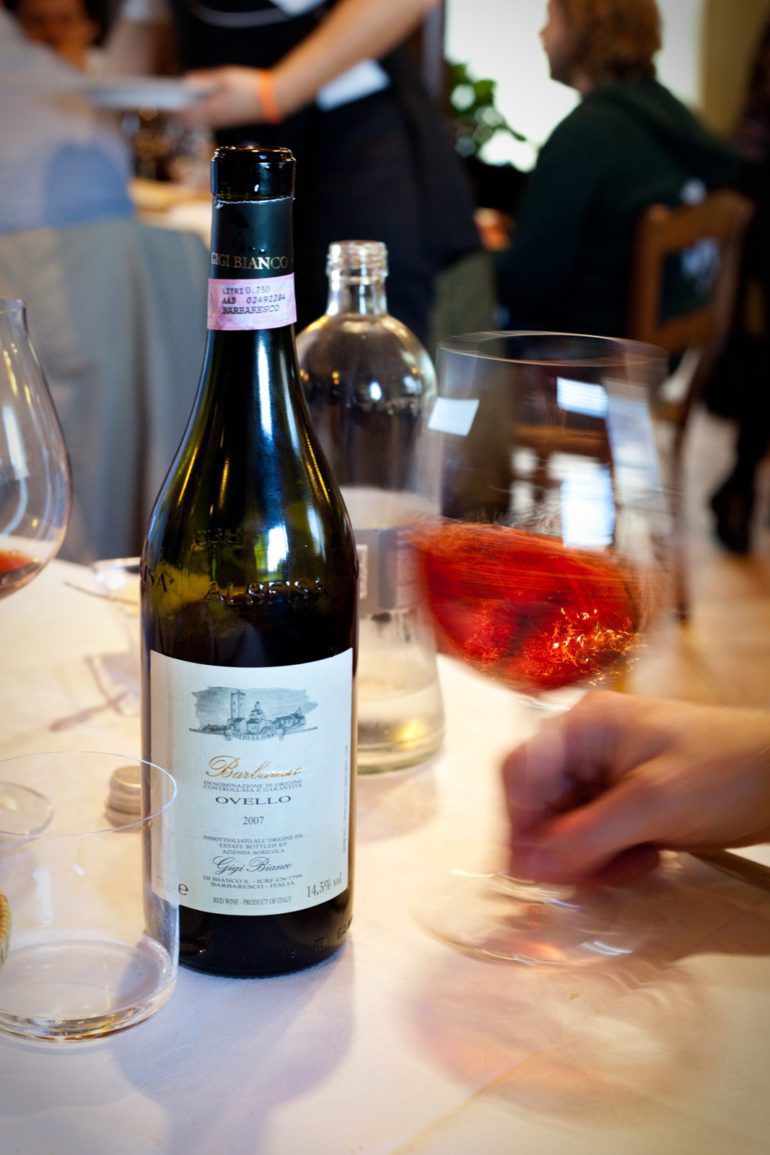 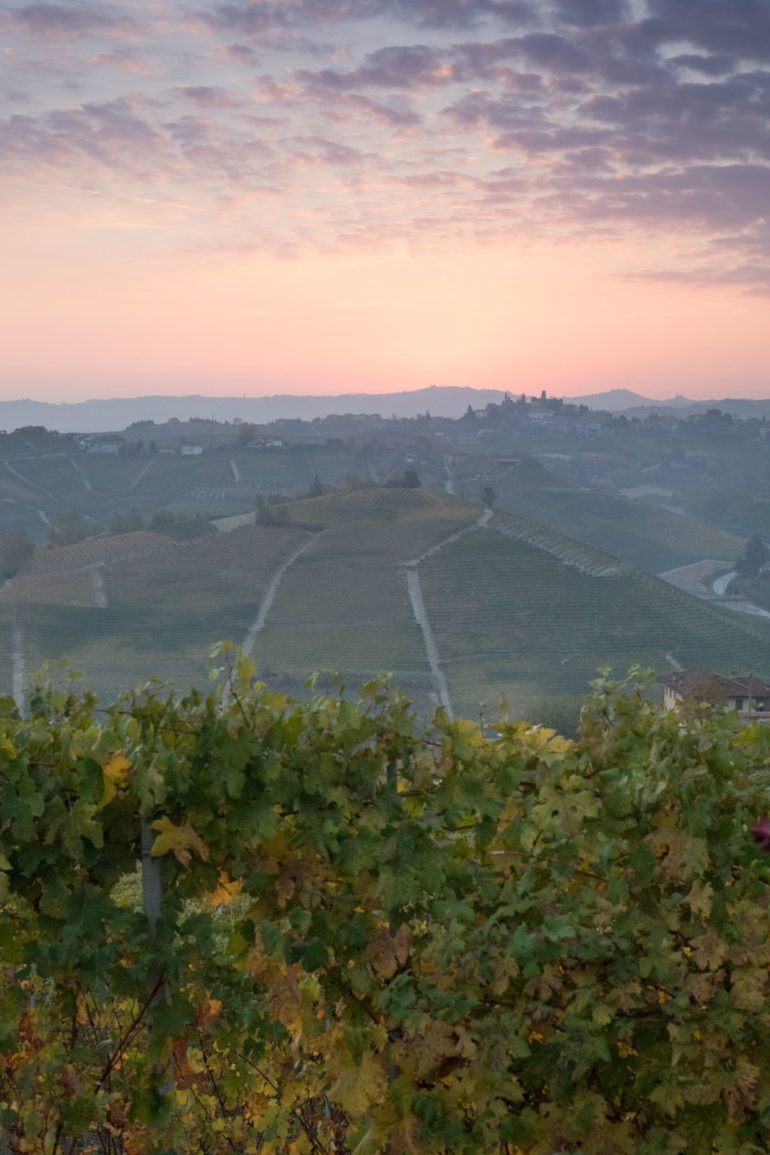 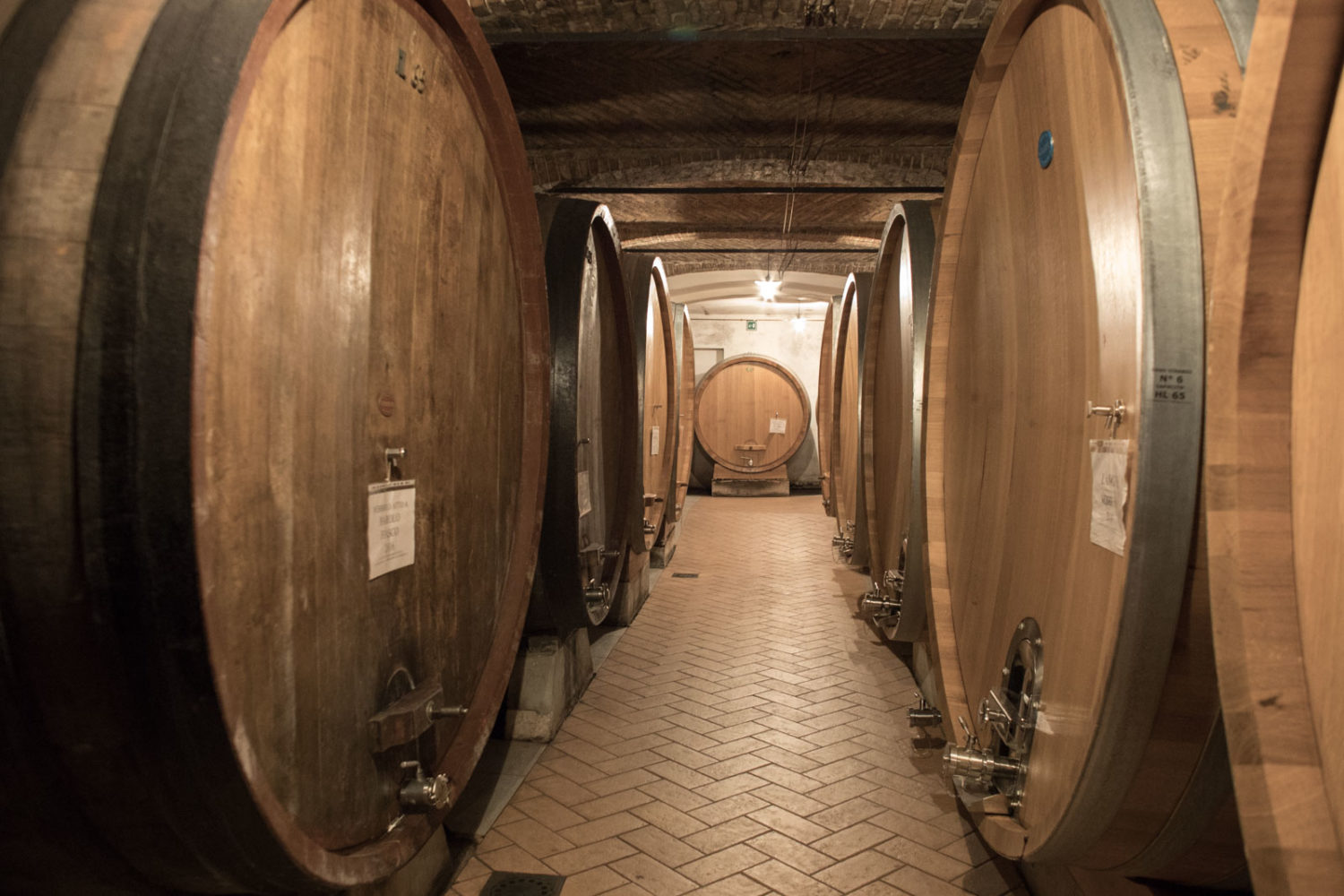 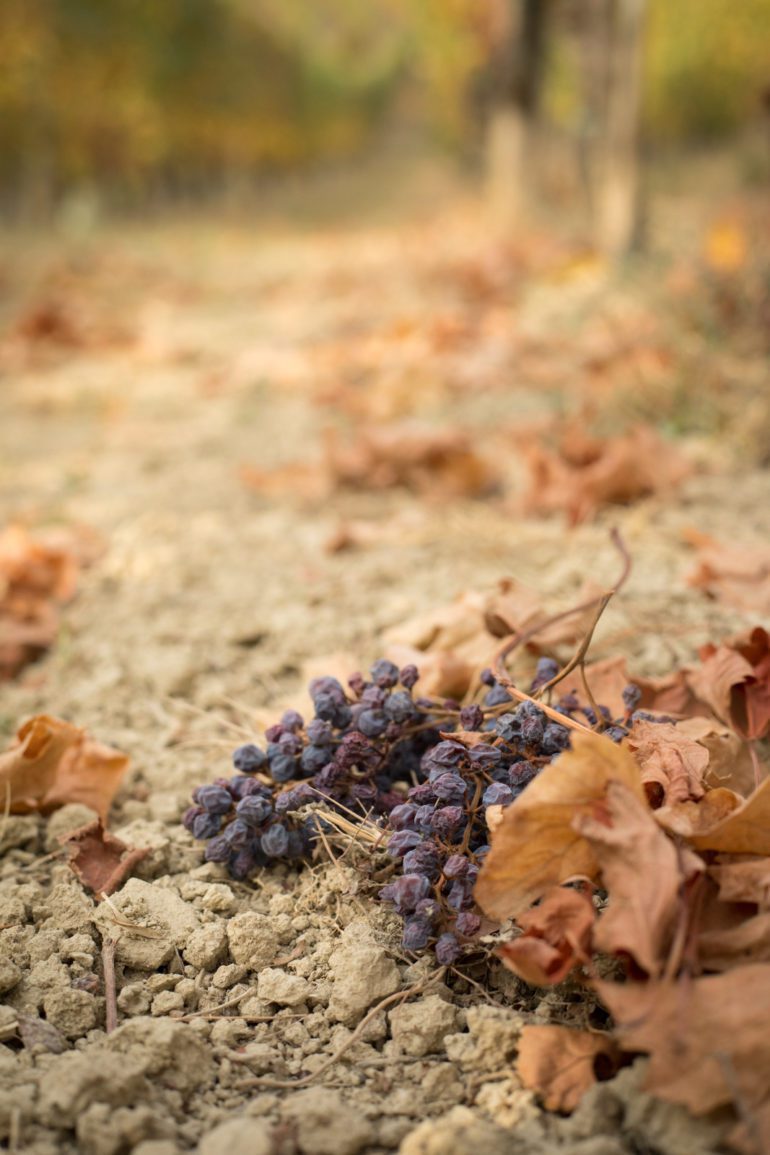 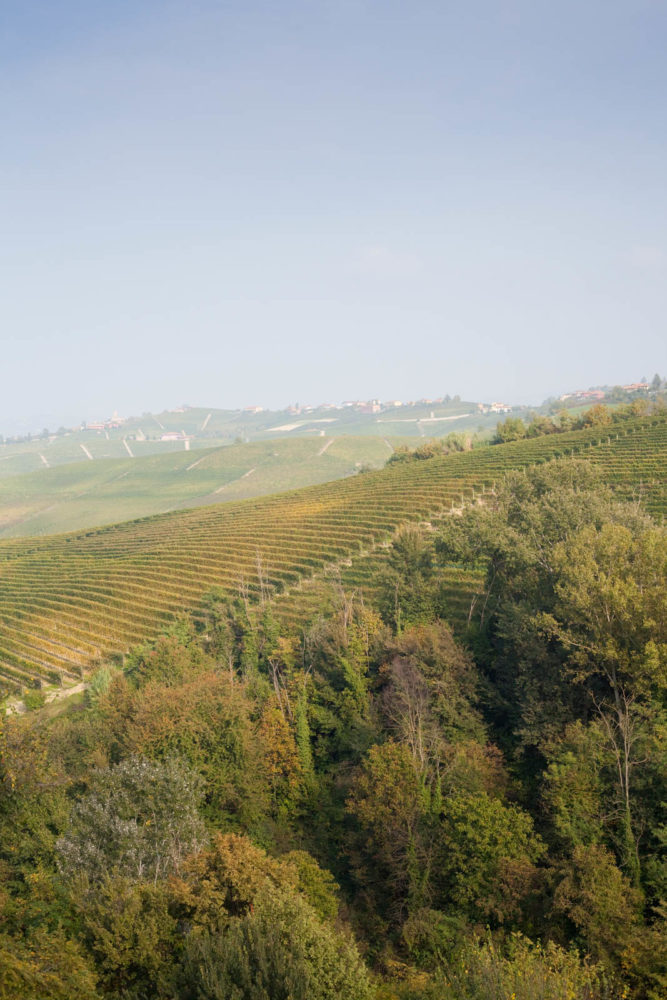 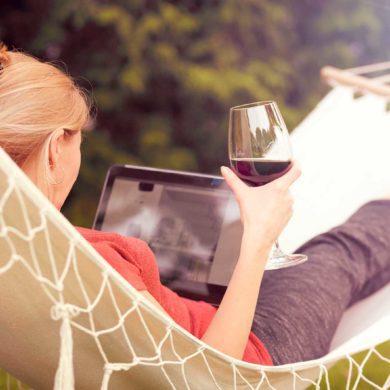 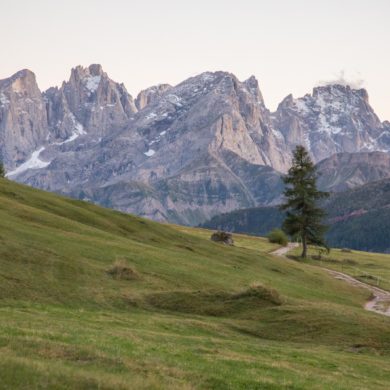 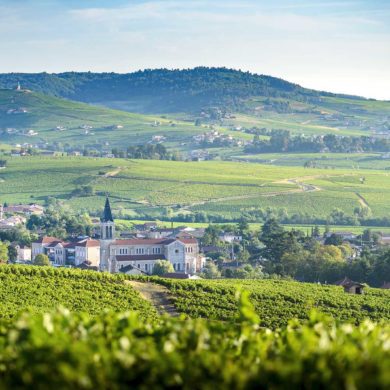 Study Guide to the Cru Beaujolais