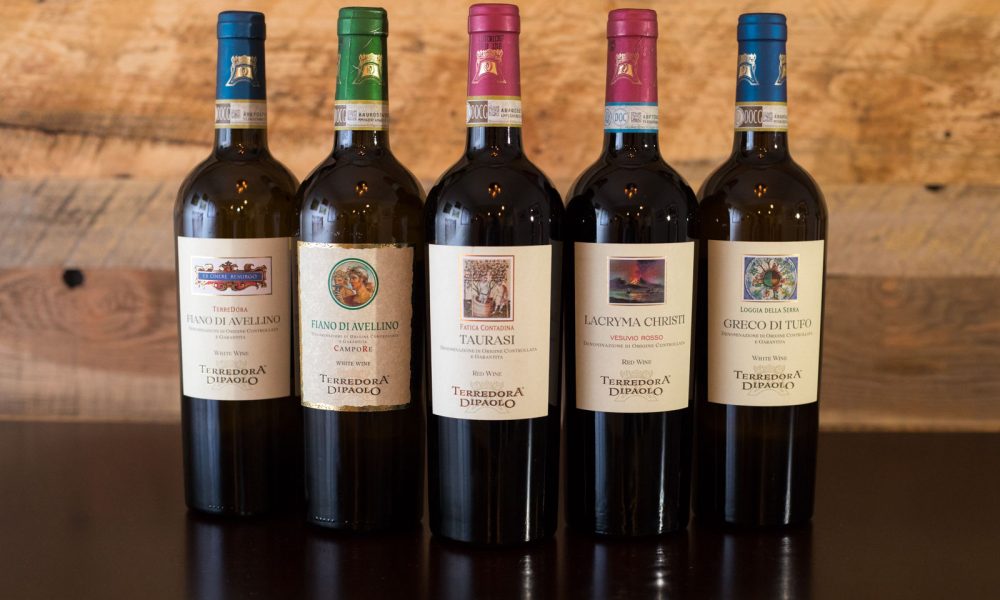 Why Terredora di Paolo is Essential

Terredora di Paolo descends from one of Italy’s most important winemaking families — Mastroberardino. In 1994, the original estate was split between two brothers: Walter and Antonio Mastroberardino. Antonio is frequently credited with preserving many of Campania’s indigenous varieties — especially Fiano and Aglianico — but it was Walter who, in a deft move, kept many of the family’s best vineyard plots after the schism. Antonio kept the winery and the family name while Walter named his new estate after his wife, Dora di Paolo.

This may seem like a trivial matter when it comes to what’s in the glass (a lot can happen in 25 years), but since these wineries are two of the three most prevalent from Campania on the market place (with Feudi di San Gregorio being the third), the comparisons are natural. To my tastes, Terredora di Paolo’s wines are more consistently graceful and complex than anything else I’ve tasted from the region. They shine most on the white spectrum and each one is remarkably affordable. The “Corte di Giso” Falanghina, “Loggia della Serra” Greco di Tufo, “Ex Cinere Resurgo” Fiano di Avellino and the “Campore” Fiano di Avellino would each be stand-out wines in other winery portfolios. Here, they combine to create the most complete and varied collection of indigenous white wines I’ve come across in Southern Italy.

Campania is one of Italy’s most vital, ancient and varied regions for wine. Yet the international market still seems to be largely unaware of its prowess. In the United States (i.e. outside New York City), wine shops seem to be confined to only a small handful of producers. Fortunately, Terredora di Paolo happens to be one of those widely circulated wineries, and they are the perfect introduction to Campania’s most important appellations. There are 18 wines in total, with the more appellation-specific wines shining the most.

This Falanghina has one foot in a minty herb garden, another foot in the orchard. It’s easy grace and freshness call for a second glass.

The Greco di Tufo DOCG either impresses or disappoints; there seems to be no middle ground. With Loggia della Serra’s unctuous quality and detailed nose, one can easily file Terredora di Paolo’s version into the former camp.

Skewing more toward the fresh end of the Fiano spectrum — versus the richness of “Campore” (see below) — “Ex Cinere Resurgo” conveys a wild profile of fruit that shifts between stone fruit and melon, with a touch of ginger-like spice to keep you on your toes.

Terredora di Paolo’s superb work with Fiano elevates them over their large-scale rivals in Campania. “Campore” strikes me as one of the finest white wines in all of Italy, conjuring the mood of an old white Burgundy, but with a little more acceleration from the acidity (likely from the volcanic soil). Audacious, sour-peach fruit tones ground it in Southern Italy. Not bad for a $25 bottle of wine.

“Fatica Contadina” offers a spectacularly aromatic, powerful yet balanced take on Campania’s most acclaimed red grape, Aglianico, from the region’s most acclaimed appellation, Taurasi. It is reminiscent on the nose of ripe raspberries, wet earth, bitter cocoa and faint traces of savoriness that waver between smoke and truffle.

Tastings are available by appointment only. Contact the winery directly.