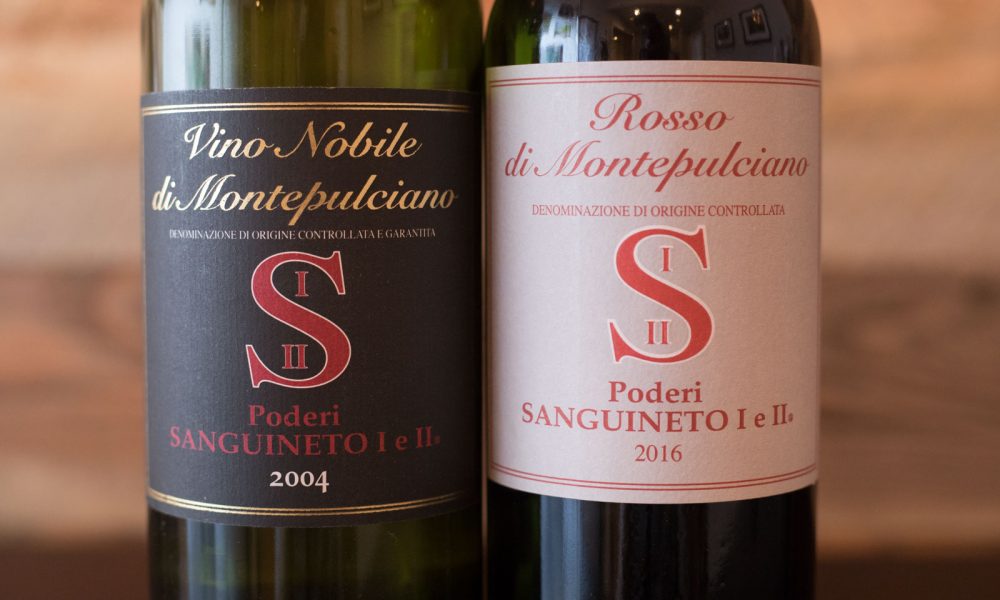 Why Poderi Sanguineto I e II is Essential

Poderi Sanguineto I e II is a small winery managed by Dora Forsoni, and these wines demonstrate a beauty and grace that most Tuscan wines rarely achieve. But I cannot elaborate on this winery without getting personal.

When I first visited Montepulciano in 2008, I was merely an aspiring travel writer and photographer, celebrating an anniversary with his wife. The world of wine was a passing interest. But when we stopped by a local enoteca, we were offered a horizontal tasting of three different vintages from Poderi Sanguineto. Those beautiful wines revealed their subtle differences from year to year, and I finally saw the bridge I needed to get into wine: through this drink, you could experience the moods and whims of nature. An obsession was kickstarted.

Forsoni’s 2004 Vino Nobile di Montepulciano would be the first bottle I would ever smuggle home in a suitcase, and we would open it to celebrate the birth of our first child in 2010. In looking for more bottles, I came up short. It seemed as though Poderi Sanguineto was not imported (or I just wasn’t able to find it), and years would pass of settling for lesser bottlings of Vino Nobile. In fact, my interest in the village’s wines waned because of it.

Then, one day, that distinctive label with the red S showed up in my local wine shop, and I was able to revisit the wines that started it all. With a much more experienced palate (and probably too much wine knowledge for my own good), would these wines be as magical as I remembered?

I braced for disappointment, but somehow, they were better. In addition to blue fruit tones and gorgeous aromas of violets and leather, the wines of Poderi Sanguineto have a noticeably different cut of acidity, which is amiable and gentle yet strong enough to carry the wine through a wide variety of dishes. In a region where standing out often comes at the expense of typicity, Poderi Sanguineto manages to do both.

The I and II in the name of this winery refers to the two farms where the grapes are grown. Sangiovese is among the most fickle wine grapes in the world, and only a focused, obsessive winemaker can extract its amiable details. I consider Forsoni a Sangiovese genius.

With its blue-fruit tones, ample aromas akin to violets and plush yet lean texture, the entry-level Rosso might not even seem like a Sangiovese at first. But then the citrus-peel sensation on the finish reveals just enough typicity to make you look at this grape in a whole new way.

The Vino Nobile di Montepulciano has less eagerness to the fruit than the Rosso. In fact, the texture altogether seems leaner and more focused. But the rewards are many, with greater depth and complexity than the Rosso, and fine-grained tannins that caress rather than attack.

Tastings: Poderi Sanguineto I e II is a very small producer. At this time, I cannot confirm whether they offer tastings to the public.