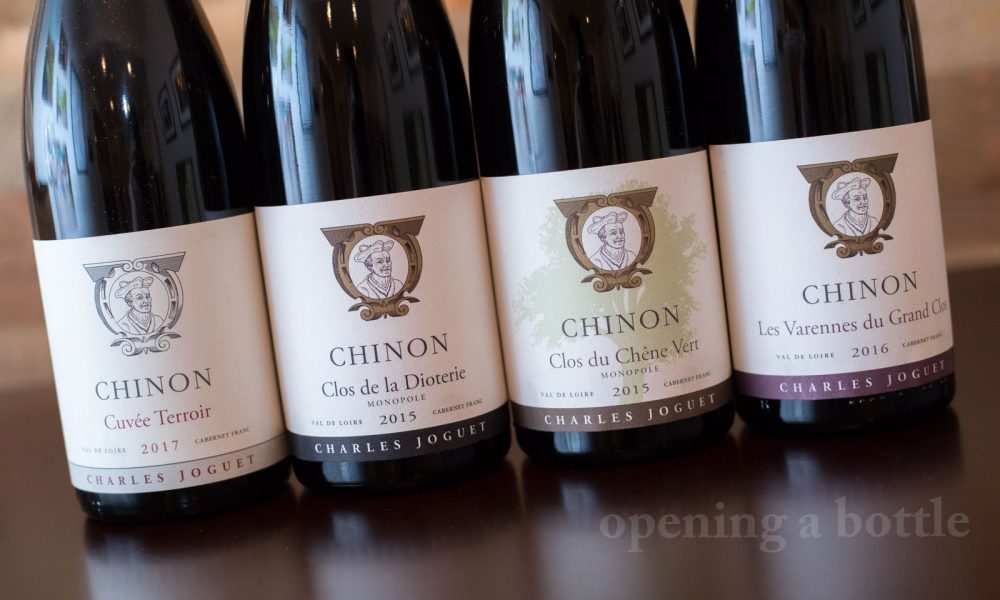 Why Charles Joguet is Essential

As the father of Cabernet Sauvignon, Cabernet Franc is an old soul: a raw nerve of peppers, plums and violets that has defied humanity’s attempts to mold it into something more mainstream. In Bordeaux, it is used as a blending grape, but in the Loire it is unabashedly the star of the show, a few winemakers do a better job of allowing Cabernet Franc its full range of emotion than Charles Joguet. From my experience, no one is producing more variations of Cabernet Franc with better results than this Chinon estate.

For purists, the wines offer indisputable evidence of their origin, and a thrilling variation from vintage to vintage. And for those who are skeptical of Cabernet Franc’s greatness, Charles Joguet states a potent rebuttal. The Clos du Chêne Vert and the Clos de la Dioterie are two of the best French wines I’ve ever reviewed — and both were tasted in their youth. I can only imagine the tenor of these wines as they age.

Charles Joguet is one of the Loire Valley’s most influential wineries — and a rare case where the wines live up to the hype. In total, there are eight different Cabernet Franc wines and two Chenin Blanc wines from Touraine.

This wine blends together grapes from the Beaumont-en-Véron vineyard with several other Chinon vineyards, creating a cuvée that bursts with juicy red fruits and momentous acidity. It is a versatile, palate-cleansing red to pair with nearly any weeknight meal, and the natural starting point if you are new to this producer.

The complexity increases significantly as you explore the single-vineyard wines. Les Varennes du Grand Clos leans more towards Bordeaux with its muscular body, savory complexion and delicate balance between leather and iris aromas.

This wine relies on grapes from one of Chinon’s very best vineyards, which Charles Joguet owns outright. This exquisite wine is built for aging, as in its youth the aromas and flavors are packed densely together, and the tannins are a bit ferocious. Be sure to decant for an hour or two: what emerges with just a little air is gorgeous.

Charles Joguet’s most monumental wine — a textbook example of why old vines are worth the effort despite their low yields of fruit. Planted in the 1930s and ’40s, Clos de la Dioterie yields a nearly mystical wine that is part flower patch, part wild animal. All at once it conjures thoughts of black raspberries, ripe plums, musk, peppercorns and — on the finish — a light touch of pepper jelly that strangely gives the wine a little spice. One of my favorite red wines in all of France.

Tastings are available by appointment only. Contact the winery directly.