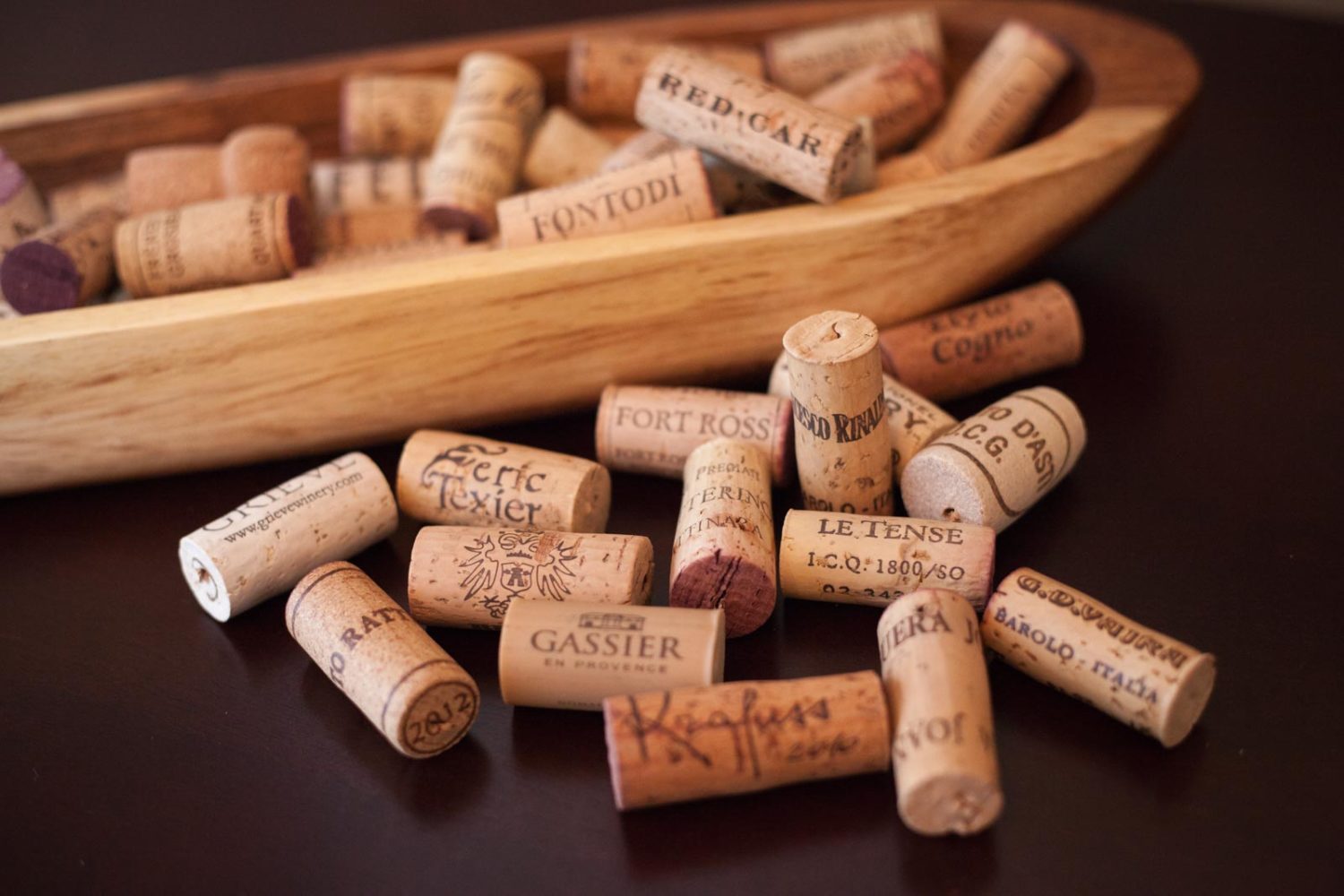 Part 1 in Our Year in Review

Here’s a silly notion: a guy with a website handing out awards to fermented grape juice.

It is ridiculous, but I’m going to do it. I’ve expended so much energy on researching wine, studying wine, buying wine, selecting dinner ingredients because of wine, drinking wine and — of course — writing about wine, that it feels like a handful of them need to be honored for the little things they showed me along the way.

This is Part 1 of my “best wines of 2016” year in review, filled with never-thought-of-before awards and the full, running list of the year’s Top 50 wines, which I’ve been compiling and sorting all year long.

Part 2 focuses on just the Top 10 wines and what makes them so darn special.

And now … the awards!

Best Reasons to Own a Decanter

By all accounts, the 2011 vintage in Piedmont was excellent — almost on a par with the legendary 2010 — and this year, we started to get our first glimpse of this exciting vintage.

Oh yeah, Nebbiolo is tight, defensive and ferocious in youth. That’s not to say drinking one is unpleasant. You can just tell that there is so much more to the wine underneath that guarded veneer.

Decanting a young Nebbiolo is no substitute for 15 years of age, but it does help to bring out some of the aromas and flavors that are locked inside. With the first four wines listed above, I decanted each for various periods of time ranging from 30 minutes before dinner (the Marchesi di Grésy) to 8 hours (the Francesco Rinaldi “Brunate”). It was clear that the Rinaldi “showed” better because of the added time. If you have the foresight, I’d recommend even more time than 8 hours. The 2011s are wild, big and brash, and need a lot of lion-taming before they can be fully enjoyed.

Of course, you could also just look north to Gattinara — an underrated Piedmont wine region that also specializes in Nebbiolo — and a producer such as Petterino, who releases his wine 9 to 10 years after harvest. Incredibly, these wines are often cheaper, and they fast-forward the vintage waiting game for you.

I gave the Petterino five stars for how it is now; the other four were ranked on how they probably will be in due time. Either way, I felt honored to drink all five.

For me personally, 2016 will be remembered for a handful of California wines that defied my expectations. This is where learning happens: when you pull a cork thinking you know something, only to be flummoxed with the first sip moments later.

I thought that all California Sauvignon Blanc tasted the same, especially from Napa. The 2014 Grieve Family Wines Sauvignon Blanc proved me thoroughly wrong, showing nuance, crisp acidity and a mellowness that was easy to embrace. It also rejuvenated my palate with each sip, rather than fatiguing it (a common fault of many Napa Sauvignon Blanc from my experience).

The other surprise in California came from a vineyard that is one of the closest to the Pacific Ocean.

The often-maligned Pinotage is a grape frequently associated with South Africa. The source of its scorn lies in a handful of common unsavory characteristics (paint? turpentine?). But those descriptors were light year’s away from the magic going on in the 2011 Fort Ross Vineyard Pinotage, which had black-pepper edges and a wonderful minerality in the finish. Kudos to Fort Ross Vineyard’s owners — Lester and Linda Schwartz — who stuck to their South African roots, took a gamble, and have made a special wine that defies conventional wisdom.

Hipster Credibility Wine of the Year

If you are a fan of Seinfeld, you might recall the episode where George and Jerry discuss Jerry’s newest girlfriend: his maid. Ever the pathetic, insecure little man, George notes that he’s done that. Furthermore, he’s had an ostrich burger. This makes him smug.

Well, Hárslevelü might be my ostrich burger. The next time I talk to a sommelier, wine industry person, or general vino enthusiast who makes me feel less informed or insecure, I’ll just smile to myself, snort like George, and say “oh yeah, ever drink Hárslevelü?”

Or maybe I’ll just make a stupid meme and see if it goes viral. 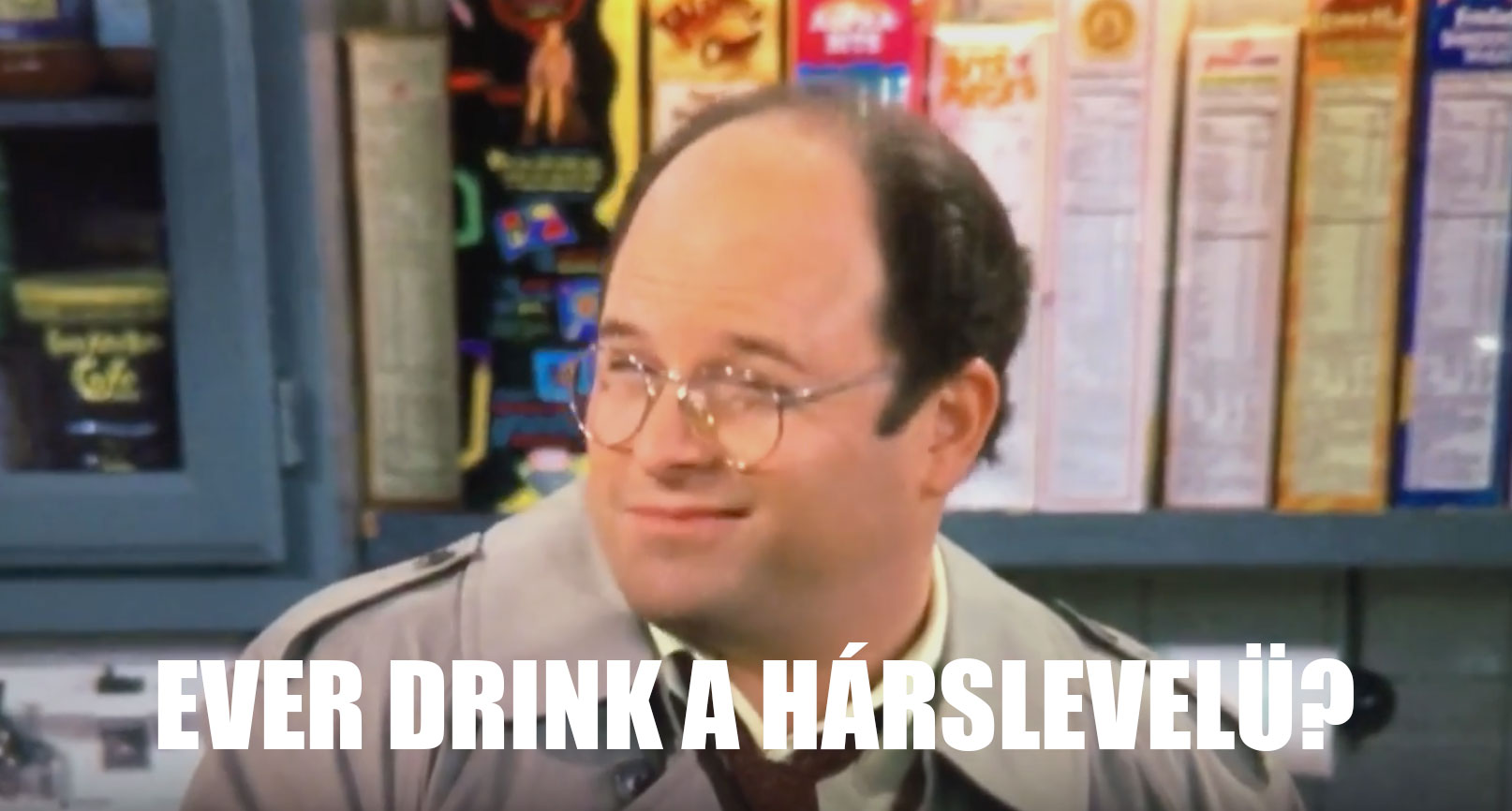 Besides the relative obscurity of this white wine grape from Hungary, Hárslevelü makes a beautiful and refreshing wine that you really ought to seek out. At least, that’s my first impression of it, courtesy of the 2013 Csendes Dülö Szölöbirtok Hárslevelü (★★★★ 1/4). Think of the aroma-and-flavor profile of Grüner Veltliner and you’re in the same ballpark.

I enjoyed this wine on a cold early winter night, and truthfully, it would have shown even better in warmer months. There is a freshness and floral character to the wine that would make it a nice companion to springtime — or to vegetarian dishes.

Needless to say, I’ll be hunting down more Hungarian wines in 2017.

What’s better? A fine wine of extraordinary complexity that demonstrates a sense of place, or a cheap wine that’s nicely balanced and never gets old?

I’m asking because I honestly don’t know the answer.

For all the swooning I do over fine Nebbiolo and Pinot Noir and Chardonnay, when the day is done, I want wine to be fun. And few things are more fun than being cheap and getting away with it.

La Maldita was this year’s best Grenache, and — at $8 — further proof that many Spanish wines are still chronically underpriced. The $10 Feudo di Santa Tresa Frappato was fine enough for me to recommend it with the holiest of American meals — Thanksgiving — and the exotic, tropical splendor of Tenuta Sant’Antonio’s $12 Scaia Garganega-Chardonnay blend was enough to have me buy a trio. It was the only wine, I might add, that I bought four bottles of all year. It is also the only wine that my wife — who hates picking favorites — would declare as her favorite wine this year.

One-hundred percent Zweigelt, dark and inky but light on its toes—I mean tentacles.

Wine Regions That Taught Me the Most This Year

This year’s travel priorities were to go deeper on two American regions: Oregon’s Willamette Valley and Sonoma, specifically a deeper look at the Pinot Noir and Chardonnay of the Sonoma Coast.

In the Willamette Valley, the results were mixed. From what I discovered, the 2014 vintage in Pinot Noir (which was the most widely available this year) was loud and massive at best, overbearing and alcoholic at worst. For a wine that I used to hail as among my favorites, it was a wake-up call to vintage sensitivity, as well as how the prospect of climate change can skew the identity of a wine.

On that whole trip, only one 2014 wine blew me away, and it was a Riesling.

In the Sonoma Coast appellation, I found many more wines to my liking, yet nearly all of them suffered from the same problem: sticker shock. The costs of land and labor — as well as the sterling reputation of the area, which continues to fuel demand — means that the gorgeous wines of the Sonoma Coast come at a hefty price. Too often, that price is too hefty.

Throughout Sonoma, the landscape called to me, the level of craft in the winemaking impressed me, but when the day was done, the lack of value in any aspect of the Sonoma experience — wine, food, accommodations — left me a bit disappointed. This probably will not come as news to anyone, but its a persistent barrier for me in terms of forming a love for the area and its wines.

So with that in mind, it would appear strange that the wine region that ignited my passions the most this year was Burgundy. Yep, the same place that has given us $11,000 bottles of Domaine de la Romanée-Conti.

But more specifically, it was the fringes of Burgundy that were a thrill to encounter. I found great pleasure in several modest but delicious bottles of Chablis; in sublime Pinot Noir from the Côtes de Nuits and the village of Savigny-les-Beaune; in a Gamay from Mâconnais that was equal parts fruity, floral and foresty; and — best of all — the nostalgic and wildly natural aromas of Domaine Jaeger Defaix’s 1er Cru Pinot Noir from the village of Rully in the Côte Challonaise. This last wine was easily the best bottle of the year.

Don’t let anyone tell you that the wines from these areas are “rustic” or “inferior.” I’d rather say they’re unique, and obviously, a whole lot more affordable than 1er Cru and Grand Cru of the Côte d’Or.

Essential Winemakers I Added This Year

Acclaimed wine writer Hugh Johnson notes in his book A Life Uncorked that he sees himself less as a wine critic and more as a wine “commentator.” He then borrows a quote from a Burgundian philosopher named Pierre Poupon that I will borrow as well:

Who has felt his spirits soar with joy and not wanted to show other people that such happiness exists?

That quote justifies this whole website for me. It’s about sharing the joy we encounter in a bottle of wine. And for me, there are certain winemakers that deliver joy so consistently, they require their own section of the site. I call them Essential Winemakers. This year, I added the following to my list, and have now separated them by country or state:

*Editors Note: In the interest of specializing and narrowing my focus in wine, I eliminated the Essential Winemakers lists for the U.S., Spain, Germany and Chile in 2018. It is now confined to Italy and France, where I am most well versed. 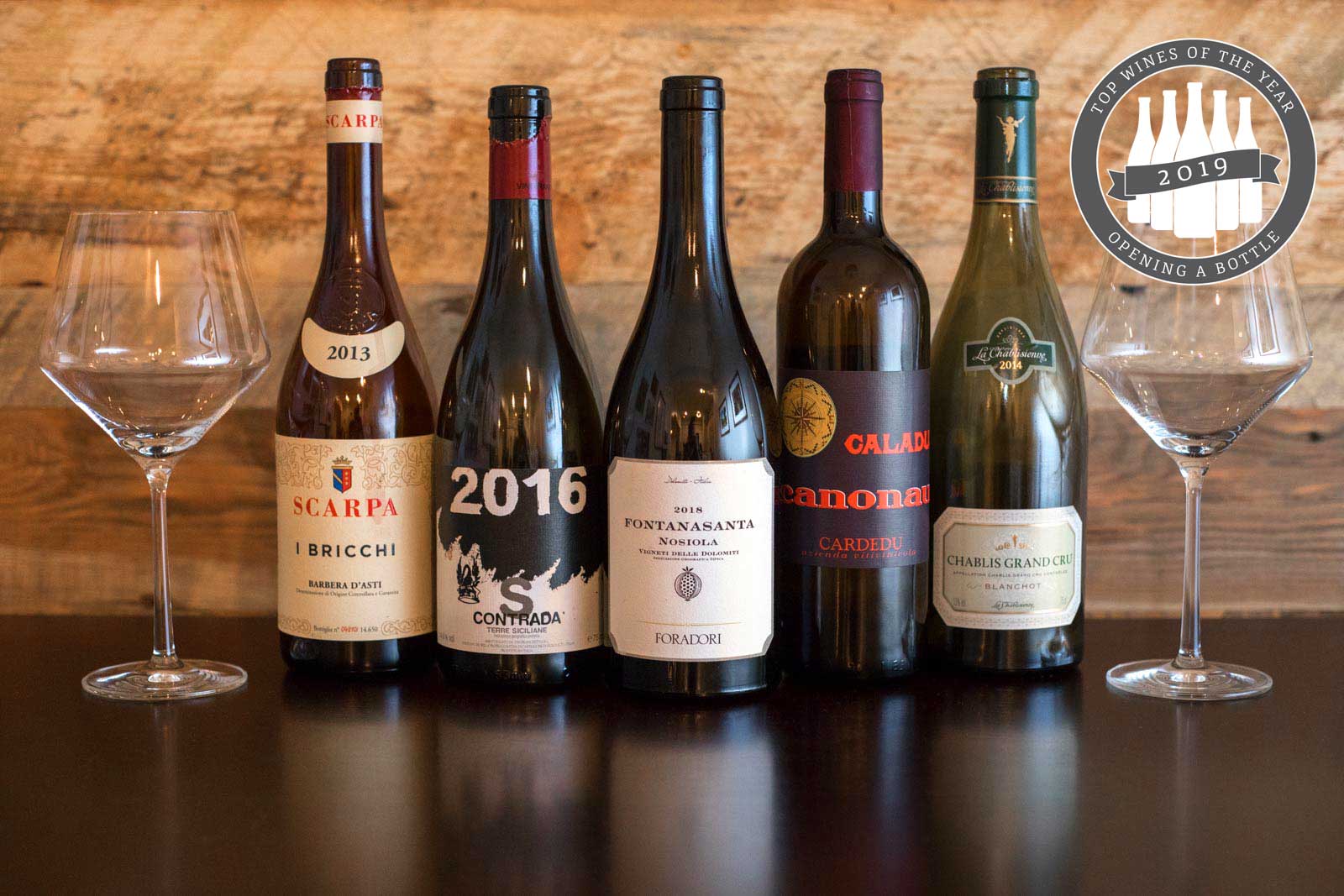 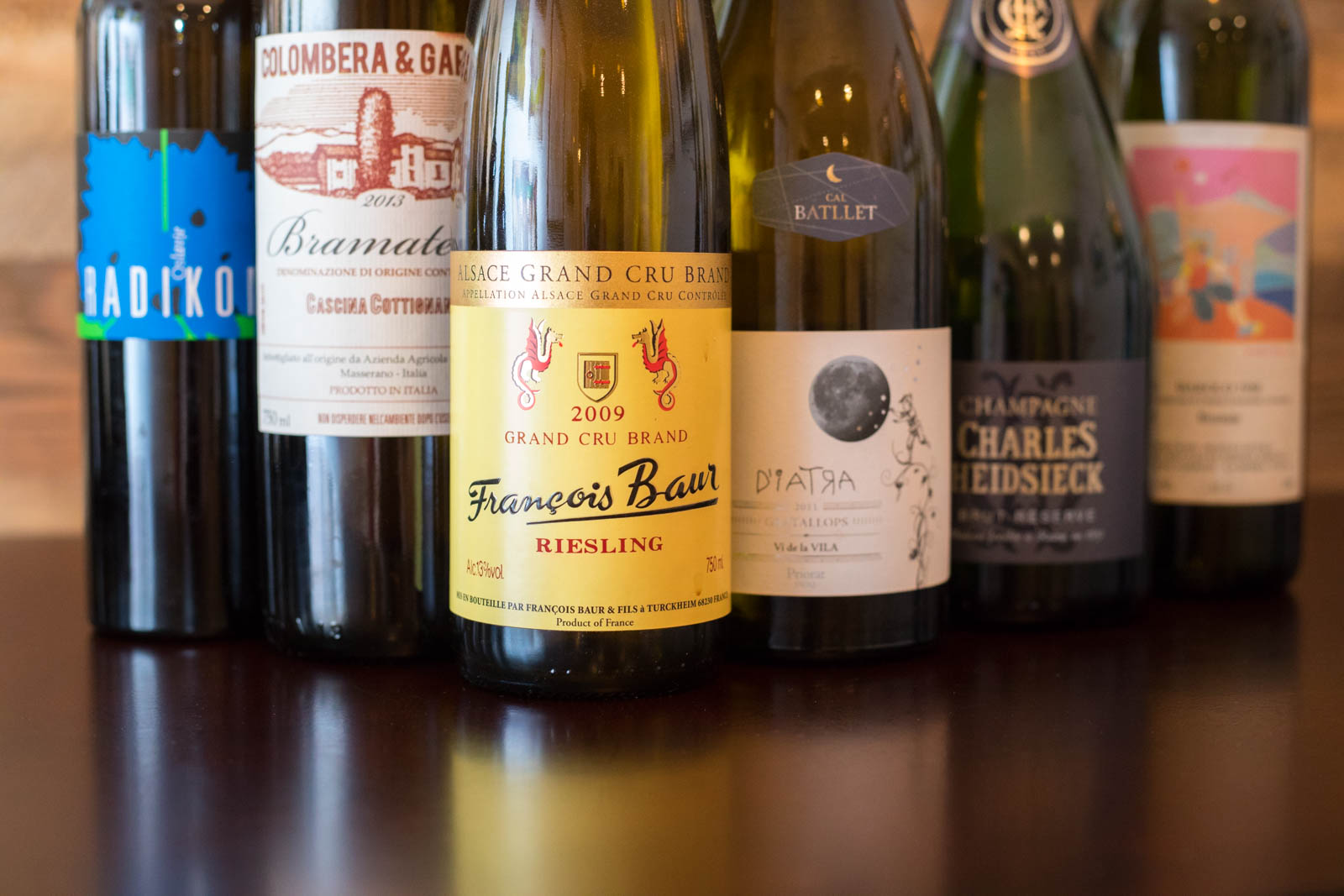